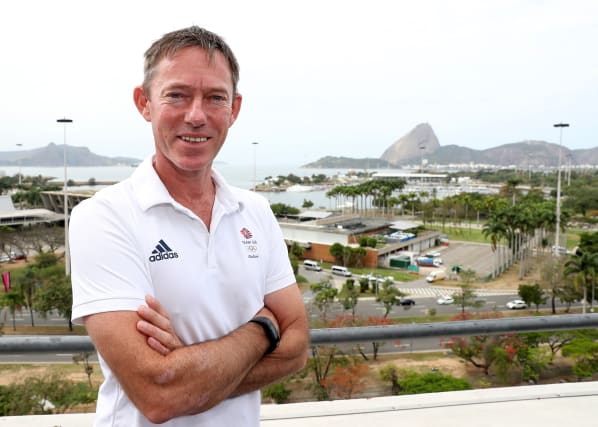 British Cycling performance director Stephen Park fully expects the Tokyo Olympics to go ahead but suggested fears over the coronavirus could lead to events taking place behind closed doors.

The International Olympic Committee has said it remains fully committed to the Tokyo Games, but there is genuine cause for concern with 241 confirmed cases of the virus in Japan as of this weekend.

The country’s popular baseball league has taken the decision to play out the remainder of its pre-season in empty ballparks, while the J.League has called off 94 games due to be played before March 15.

Izu, where the track cycling and mountain bike events will be staged, has also postponed events.

An Olympics has not been cancelled since World War II, and Park said he was confident this year’s would go ahead.

“You struggle to find a day when the Olympics didn’t take place for any reason,” he said. “Will it mean they might be different? Possibly.

“Look at the World Cup skiing in two weeks time in (Cortina d’Ampezzo, Italy). They are doing it on a closed circuit with no fans, and that’s going to an area that doesn’t currently have any infections.

“So might there be some of those things that happen? Possibly. Equally we are not worried about them. We will get on and prepare that they are going to happen. That’s all we can do.”

There have now been more than 3,000 deaths from coronavirus, primarily in China where the outbreak began, but also in 10 other countries.

There was concern over the coronavirus at last week’s UCI Track Cycling World Championships, where Danish cyclist Michael Morkov spent 34 hours in isolation after travelling to Berlin from the UAE Tour, the last two stages of which were cancelled over fears of positive tests among race staff.

Morkov was later cleared to compete by the UCI, and took gold in Sunday’s Madison alongside Lasse Norman Hansen.

Park said there were no plans to change any of the protocols British Cycling currently observes regarding hygiene at the National Cycling Centre in Manchester as they were already robust – having been introduced during the Zika virus scare ahead of the Rio Olympics and maintained since.

The elite riders operate in entirely separate areas of the facility to the general public, and the athlete-only changing rooms have been upgraded while riders were in Berlin last week.

Britain’s track cyclists have no further major international competitions between now and Tokyo but those who compete in other disciplines, most obviously on the road, have much travelling to do before the Olympics begin in late July.

“There’s no point wasting our energy worrying about it but equally we will take the right advice from the Commonwealth office, NHS, WHO in terms of making sure we can do everything we can to look after out athletes,” Park said.

“We are making sure that we don’t let it become a distraction or overtake the preparation. As soon as you start doing that, start thinking it might not happen, what are you preparing for?

“Does that mean you start easing off, change the budget allocation and then the next thing you know it’s happening perfectly quickly. So we are full steam ahead expecting to be there in July, in Tokyo, having fun.”