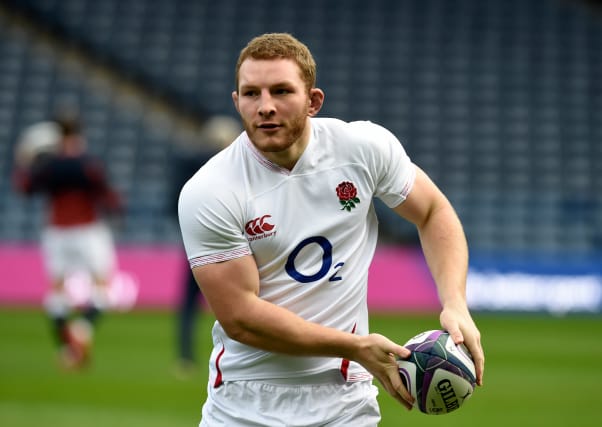 Sam Underhill was given a taste of one of rugby’s great rivalries when he watched Wales’ most recent victory at Twickenham from the students’ union bar at Cardiff University.

England were defeated 21-16 in the World Cup group phase five years ago but have not lost to Saturday’s visitors on home soil since.

Underhill was studying for an economics degree in the Welsh capital when he received an understanding of how much the game means to both countries as they prepare to lock horns once again in the Guinness Six Nations.

“I remember watching the 2015 and 2016 games at Twickenham in the Taf, which was the student union pub,” said Underhill, who was speaking at Harwell RFC for a Canterbury grassroots event.

“It was full of Cardiff students from Surrey so it wasn’t really the same atmosphere as I’m sure it was in Neath or St Helens, but there was definitely a special sense of occasion.

“There’s obviously a bit more to the fixture than just rugby. None of us work at Westminster but it’s important to recognise what the game means to both nations.

“You definitely sense there’s an edge, an added emotion, a sense of occasion – call it what you want. There’s always more to it.

“It’s a special game for anyone. Whether you’ve lived in Wales or not, England v Wales has a bit of extra edge to it.

“It’s always a passionate occasion for us – and them especially. From living over there I’ve seen how much it means to them as a nation.

“As a player, it’s always one to look forward to. It’s the game you want to play in. I don’t think the sport has got sterile by any stretch of the imagination, but there’s a bit more emotion in a game like this.”

:: Sam Underhill was at Harwell RFC for a Canterbury event, giving grassroots players the chance to train with the England Rugby squad.