Tottenham punished for being ‘too nice’ against Wolves – Mourinho 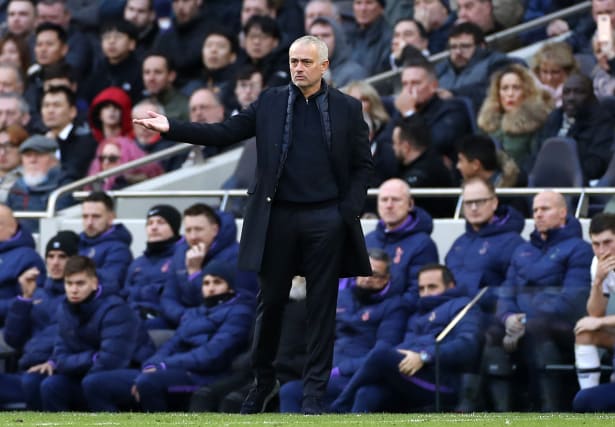 Jose Mourinho believes Tottenham were punished for being “too nice” after Wolves twice came from behind to win 3-2 at the Tottenham Hotspur Stadium.

Steven Bergwijn and Serge Aurier twice gave Spurs the lead, but Wolves hit back each time as Matt Doherty and Diogo Jota levelled before Raul Jimenez scored the winner.

It was a result that saw Wolves leapfrog Tottenham into sixth as Mourinho’s side lost a third game in a row in all competitions.

“They had the correct mentality and I think we were punished,” Mourinho said.

“Not just today on the second and third goal, but for quite a long time because we don’t have that aggression, that ruthlessness.

“I think we are too good, we are too nice and that was the only thing that made a difference in the game, because tactically I think the team was really good.

“I think Wolves was not expecting and they were in trouble for periods of the game.

The result moved Wolves to within just three points of Chelsea, who occupy fourth place, as Spurs remain five points adrift of the top four.

Mourinho said: “In this week I used the words “we have to try to keep close” until the moment where we have possibly back a different power than we have.

“It’s frustrating but we have to keep fighting like we did today.

“I cannot complain to the players about the spirit, about their fighting, I can complain about some psychological characteristics that is not easy to change, but I have nothing to complain with the players at all, I think the result is very unfair.”

Wolves manager Nuno Espirito Santo was pleased with his side’s performance, although admitted they had difficulties, particularly during the first half.

“It was a good game and a tough game,” the Wolves manager said.

“I think Tottenham started much better than us, so much quality moving the ball and they had chances and first half was not so good.

“Second half was much better, more organised, better points of pressure, higher in the pitch and don’t concede too much and good movements.

“I was pleased with the way we finished the game, the levels of energy were there, so good performance of the boys.”