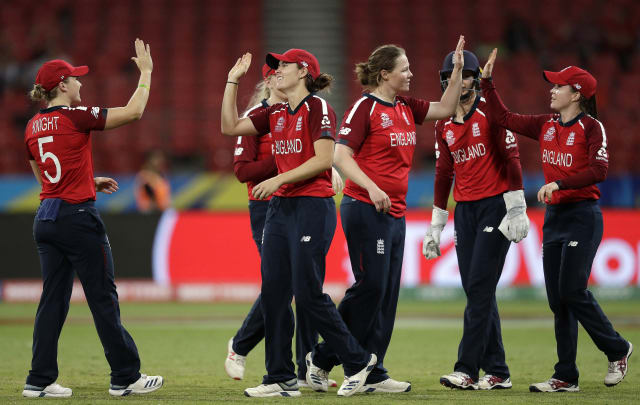 England are into the semi-finals of the Women’s T20 World Cup after beating West Indies by 46 runs in Sydney on Sunday.

Heather Knight’s side are likely to play India on Thursday for a place in the March 8 final.

Here, the PA news agency looks at some of the main talking points surrounding England’s semi-final.

England jumped to the top of Group B – on run-rate from South Africa – after their convincing victory over West Indies, the 2016 champions. But South Africa are likely to secure top spot when they play the Windies in Sydney on Tuesday. England would then face Group A winners India, who have won all four matches, at the Sydney Cricket Ground on Thursday. Should South Africa slip up, England would face either Australia or New Zealand in the last four.

Whoever England play, they will be buoyed by the superb form of Nat Sciver. The 27-year-old struck 57 from 56 balls to put England in command against West Indies. It was Sciver’s third half-century of the tournament after respective knocks of 50 and 59 not out against South Africa and Thailand. Sciver now has eight T20 half-centuries in her career and can take a game away from any opposition.

England changed their batting order against West Indies by promoting Tammy Beaumont to open and dropping Amy Jones down to six. “Amy’s had a few low scores and we felt we wanted to change something,” explained captain Knight. The move failed to pay off as Beaumont fell lbw for nought to her second ball. Jones – who has opened for the past year – played with greater freedom down the order, striking an invaluable unbeaten 23 off 13 balls. So England face a big call what to do with their batting line-up in the semi-final.

Lauren Winfield was dropped on Sunday as England utilised their spin options on a slow Sydney Showground pitch. Sophie Ecclestone, Sarah Glenn and 21-year-old Mady Villiers – who was making her World Cup debut – all impressed to tie West Indies in knots and dismiss them for just 97 in 17.1 overs. Ecclestone had phenomenal figures of three for seven from 3.1 overs, Glenn finished with two for 16 and Villiers took a quite brilliant return catch. But can three spinners be employed at the quicker Sydney Cricket Ground track on Thursday?