Parslow says IFAB has missed an opportunity to tackle concussion 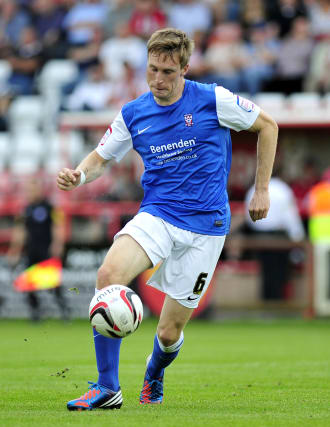 The game’s law-makers have “missed an opportunity” to tackle concussion, according to a player whose career was ended by such an injury.

The International Football Association Board is to draft new protocols on concussion which could be trialled at the Olympics this summer and other competitions worldwide next season.

The IFAB has not entirely ruled out a trial of the 10-minute concussion assessment period with temporary substitutions model which was favoured by world players’ union FIFPRO, but the approach clearly preferred by world governing body FIFA and by the Football Association and Premier League is to allow additional permanent substitutions following a three-minute assessment.

That length of time proved insufficient to detect the concussion Daniel Parslow had suffered during a match for York in February last year which ultimately forced him to call time on his career at the end of last season.

“In my scenario, you’re returning to the field and you’re waiting for that second impact, it could be too late couldn’t it?

“They’re trying to tick a box without dealing with the severity of what’s at stake.

“I came back onto the field. My physio did his job – I was responsive, I knew where I was, I knew the score, I had no symptoms within those three minutes.

“But it was then, after returning, while I was on the field, I had double vision, I felt sick, I was stumbling. I was saved basically by the half-time whistle.

“If this trial had been in place last year when I picked up my knock I wouldn’t have been protected.”

Parslow concedes that even with a 10-minute assessment concussions could be missed, but said: “I’ve spoken to people in rugby league, I’ve spoken to a doctor who’s involved in rugby union.

“They’ve said 10 minutes isn’t perfect either but if you’re talking about numbers, there’s a hell of a lot more chance of catching concussion in 10 minutes rather than three.

“A missed opportunity is the way I’d put it. It’s been discussed and it’s great that it’s being taken seriously but I do feel as though this is a half-hearted, quick fix, and just looking at my scenario, this wouldn’t have worked for me.

“I would have been put back out there, at risk of getting that second impact which could have been fatal. It just smells of ‘let’s tick a box and hope that it goes away’.”