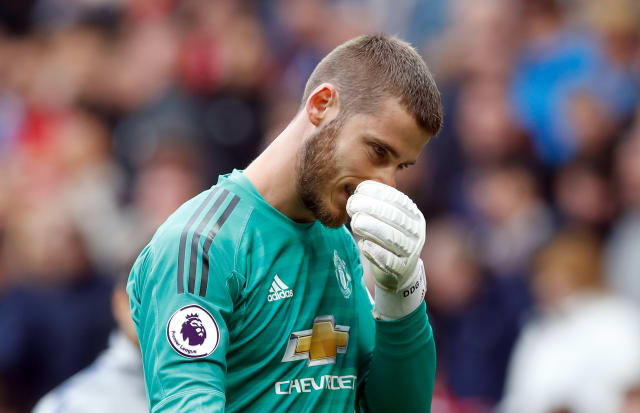 De Gea had plenty of time to deal with Harry Maguire’s pass in the opening minutes at Goodison Park, but took far too long to decide what to do and saw his attempted clearance bounce off Dominic Calvert-Lewin and into the net.

Here, the PA news agency looks at some other high-profile mistakes made by the Spanish keeper.

De Gea was fortunate to be awarded a free-kick in the 18th minute after dropping a corner under minimal contact from Craig Cathcart which allowed Abdoulaye Doucoure to fire home, but there was no reprieve early in the second half when he somehow allowed Ismaila Sarr’s shot to go through his hands at the near post.

Juan Mata had given the home side an early lead at Old Trafford but Chelsea were gifted an equaliser just before half-time with their first effort on target. Antonio Rudiger’s speculative 35-yard shot should have been comfortable for De Gea but the Spaniard spilled the ball at Marcos Alonso’s feet and he guided it in off the far post.

There was little De Gea could do to prevent Barcelona star Lionel Messi from opening the scoring with a curling shot from the edge of the area after 16 minutes, but four minutes later the tie was effectively over as De Gea allowed Messi’s tame right-foot shot to slide under his body.

After losing the first leg of their semi-final 2-1 at the Stadium of Light, United were on the verge of reaching the final thanks to a first-half goal from Jonny Evans as the clock ticked towards the final minute of extra time. However, when Phil Bardsley let fly from 20 yards, De Gea inexplicably allowed
the former United man’s shot to slip through his grasp.