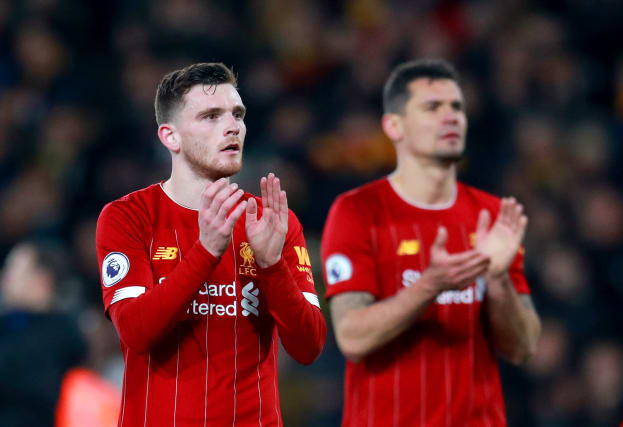 Watford’s stunning performance to end Liverpool’s hopes of completing an unbeaten season was the headline result from another dramatic Premier League weekend.

Norwich picked up three vital points in the battle against relegation at home to Leicester, while Manchester United goalkeeper David De Gea committed another blunder in his side’s 1-1 draw at Everton.

Here, the PA news agency looks at what we learned from the latest round of top-flight matches.

Liverpool are not invincible after all

The way Liverpool had struggled to beat West Ham on Monday at Anfield perhaps offered encouragement for relegation-threatened Watford at Vicarage Road, but few could honestly have predicted the comprehensive manner in which the Hornets beat the champions-elect through a brace from Ismaila Sarr and Troy Deeney’s late third. Liverpool boss Jurgen Klopp unsurprisingly spoke afterwards of a sense of relief that the focus can return to winning games, rather than chasing records as their 44-match unbeaten Premier League run came to an end.

De Gea gifted Everton the opening goal at Goodison Park as he took far too long to clear his lines from Harry Maguire’s pass and saw the ball bounce off Dominic Calvert-Lewin and into an empty net. It is far from the first high-profile mistake the Manchester United goalkeeper has made in recent seasons and former United captain Roy Keane believes manager Ole Gunnar Solskjaer will be considering whether Dean Henderson – currently on loan at Sheffield United – is ready to replace the Spain international.

Bruno Fernandes could be the real deal

January addition Fernandes had a lot to live up to after joining Manchester United on a five-and-a-half-year contract in a deal initially worth £47million, but which could ultimately cost £67million. However, Ole Gunnar Solskjaer’s side are unbeaten in six matches since Fernandes’ arrival, during which time he has helped them to a 2-0 win at Chelsea, reach the last 16 of the Europa League and score in each of the last three games.

Life is tough as a Norwich fan

Norwich made the most of kicking off the Premier League programme on Friday night, beating high-flying Leicester 1-0 at Carrow Road to register just their fifth league win of the season. However, with West Ham winning at home to Southampton, Watford’s stunning win and Bournemouth claiming a point against Chelsea, the Canaries ended the week six points from safety, just one point closer than they had started.

There is usually one team that starts the season well but then gets dragged into a relegation scrap and Newcastle currently fit the bill thanks to a chronic drought in front of goal. The only goals Steve Bruce’s side have scored in their last six games in all competitions came in a 3-2 FA Cup win at League One Oxford and the Magpies have failed to find the net in each of their last four Premier League matches. Brazilian striker Joelinton cost £40million but has scored just one league goal in 28 appearances.