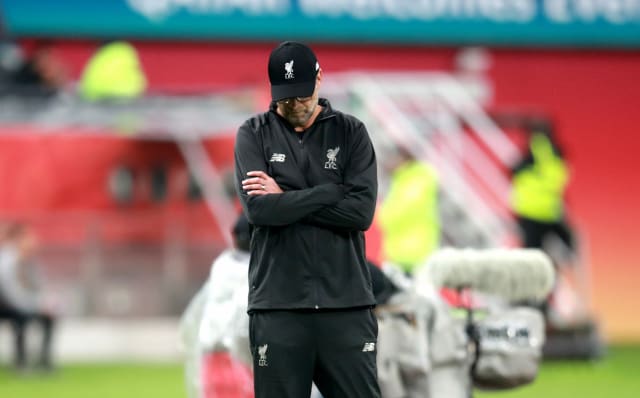 Liverpool manager Jurgen Klopp insists he does not see any negatives in their unbeaten Premier League run coming to an end following defeat at Watford.

The Reds headed to Vicarage Road on a 44-match unbeaten league streak and having dropped only two points all season.

Watford shocked the champions-elect with a deserved 3-0 win, Ismaila Sarr scoring twice in six minutes before setting up Troy Deeney to add the final goal.

Liverpool were off the boil and had just one shot on target all evening as their hopes of matching or beating a string of records was ended by the Hornets, who inflicted a first Premier League defeat on Klopp’s men since January 2019.

But, with a 22-point lead at the top of the table, the title will still be heading Anfield for the first time in 30 years and Klopp now wants his players to press the reset button.

“These boys are working constantly extremely hard. It’s just the result of how the boys played.

“But of course sometimes a little knock is important. So I don’t see anything negative in it. From time to time if you are not good enough you need to see effect.

“So restart. Maybe the longer the run goes maybe it becomes more important. But I didn’t see that today. Now it is over.

“We can start again with whatever we did before. And we will. We cannot say now we will react in this way or that. We have to show it in the next games.”

Klopp made two changes for the game, both enforced as Naby Keita missed out with a hip problem and Joe Gomez was rested due to an injury precaution.

Dejan Lovren replaced Gomez at the heart of the Liverpool defence and said the defeat was like a slap round the face for the reigning European and world champions.

“It’s strange, to be honest. It hurts, really hurts,” he said.

“A defeat is a defeat but, you know, this was strange. Maybe it is a wake-up call for us. I don’t want to say that it is good but you know what I mean? It can be a benefit to help us get to the end of the season.

“We know there is always an end for everything. It is here where our unbeaten run ended. We will not look at this result and think it was a bad season because of losing here. One performance won’t ruin everything. But this is always a learning process.

“The last couple of games hadn’t been the best performances but we won. This one, it didn’t happen. This one was like someone hit us in our faces – and we deserved it.”