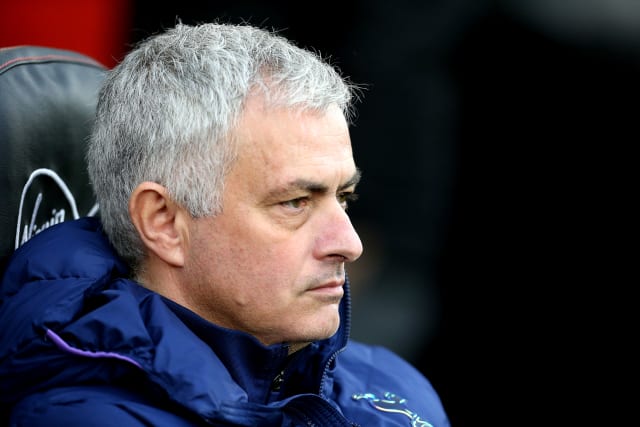 Tottenham boss Jose Mourinho has told his side they need to become more nasty as their Premier League top-four hopes were hit with a defeat to Wolves.

Mourinho wants his team to be more streetwise after twice missing the opportunity to stop Wolves counter-attacks in the build-up to goals.

“I think that’s the way a team has to play football. That’s the way they did,” Mourinho said, referring to two Wolves fouls in similar situations.

“The referee is there to punish but they had the correct mentality.

“Not just today on the second and third goal, but for quite a long time because we don’t have that aggression, that ruthlessness.

“I think we are too good, we are too nice and that was the only thing that made a difference in the game, because tactically I think the team was really good.

“I cannot complain to the players about the spirit, about their fighting, I can complain about some psychological characteristics that is not easy to change, but I have nothing to complain with the players at all, I think the result is very unfair.”

Wolves manager Nuno Espirito Santo was pleased with his side’s performance, although he admitted they had difficulties, particularly during the first half.

“It was a good game and a tough game,” he said.

“I think Tottenham started much better than us, so much quality moving the ball and they had chances and first half was not so good.

“Second half was much better, more organised, better points of pressure, higher in the pitch and don’t concede too much and good movements.

“I was pleased with the way we finished the game, the levels of energy were there, so good performance of the boys.”