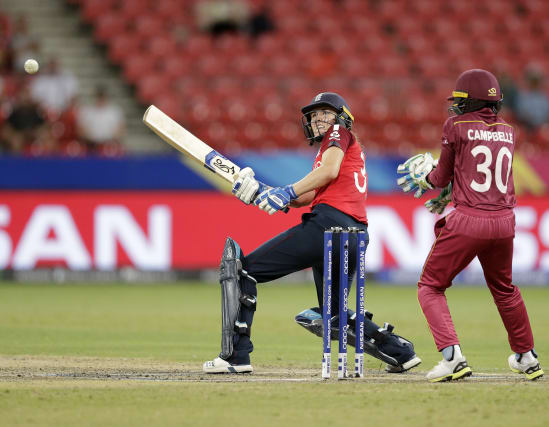 England eased into the semi-finals of the Women’s T20 World Cup with a 46-run victory over West Indies in Sydney.

Nat Sciver built a winning platform with her third half-century of the tournament as England made 143 for five and spin twins Sophie Ecclestone and Sarah Glenn wrapped up matters in comprehensive fashion.

West Indies managed just 97 for nine in their reply of 17.1 overs, with captain Stefanie Taylor forced to retire hurt on 15 and unable to return to the middle.