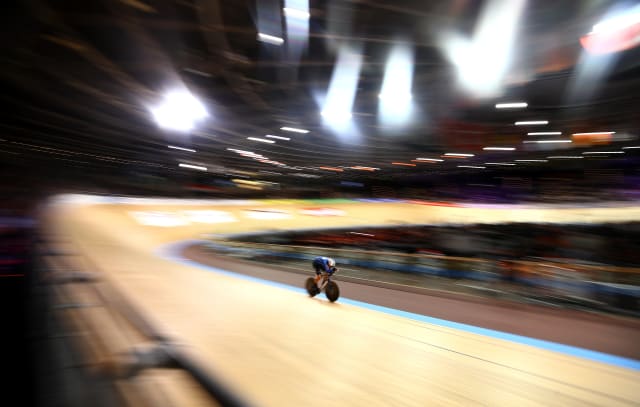 Danish cyclist Michael Morkov has been cleared to race at the UCI Track Cycling World Championships after being kept in isolation over fears of an outbreak of coronavirus.

Morkov, 34, had travelled to Berlin on Thursday after contesting the first four stages of the UAE Tour, the final two stages of which were then cancelled after two members of staff on the race were suspected of having the disease.

Riders and staff on the UAE Tour have been in lockdown since but, after the Abu Dhabi Department of Health issued a statement on Saturday saying 167 tests had come back negative, the UCI said Morkov was free to race as normal.

The UCI said Morkov was “in excellent health, with no suspicious clinical signs” and was now “free in his movements and activities, including within the velodrome”.

A statement from cycling’s world governing body said that participants at the World Championships did “not present, to date, any risk of contamination and spread to the virus…other than that found for the general population”.

It said: “Following the cancellation of the UAE Tour on Thursday evening, after a suspicion of cases of coronavirus among the teams present, the UCI was awaiting the results of the diagnostic tests carried out in order to decide on the measures to be taken in Berlin.

“According to an official statement issued by the Emirate’s health authorities on Saturday, the tests were all negative for 167 people in quarantine.

“In the meantime, the person who has been in the United Arab Emirates for the past few days and who is currently in Berlin, has been subject to preventive quota measures, despite the absence of any clinical sign suggesting Covid-19. The rider present in Berlin is currently in excellent health, with no suspicious clinical signs, and we are also guaranteed that he has not contacted the two members of the management of a team participating in the UAE Tour, originally suspected of coronavirus.

“Based on these elements, the UCI and the organising committee have judged that the person who has been the subject of prophylactic measures is not at risk. The latter is therefore free in his movements and activities, including within the velodrome.

“The UCI and the parties concerned will continue to sensitise the delegations present to the individual preventive measures recommended before the Championships and during the running of the competitions. These measures are of primary importance in order to reduce the risks of spreading the virus.

“The UCI would like to emphasise that the situation has been brought under control to date and that the safety of athletes, teams and anyone present in Berlin is ensured.”