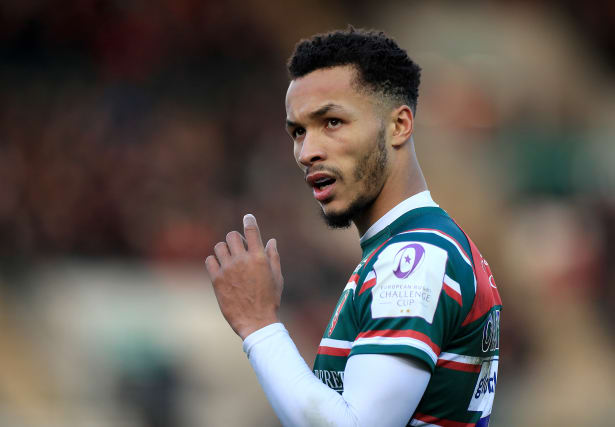 Leicester broke a near two-year hoodoo with a 14-8 Gallagher Premiership win over Worcester.

Worcester had been victorious in the five meetings in all competitions.

The win, which came via a try for wing Jordan Olowofela and three penalties for replacement fly-half Johnny McPhillips, is not enough to lift the Tigers out of 11th place in the table as they remain a point behind the Warriors.

Worcester’s points came in the first-half with a try from wing Perry Humphreys and a penalty by Scottish fly-half Duncan Weir, but their momentum fell away as the game went on.

And the defeat for the Warriors stretched their barren Premiership run to five defeats since their last triumph when beating London Irish on December 28.

Leicester thought they had begun with a bang after Tongan full-back Telusa Veainu smartly intercepted the ball as centre Ollie Lawrence threw it out.

Veainu dashed sixty metres to the line but it was brought back for a knock-on in the build-up.

Worcester hit back and Lawrence vindicated himself in the process.

After flanker Ted Hill had barnstormed his way downfield, the territory brought quick ruck ball for Lawrence to feed Humphreys to score.

McPhillips, on for the injured Noel Reid, kicked Leicester’s first points with a 30-metre penalty as his side began to fight back.

And they took the lead seven minutes before the break when a neat kick to the left corner from scrum-half Ben White from a ruck saw Olowofela pounce as it went into the try zone to touch down.

However, an offside in front of their own posts by the Tigers gave Weir a simple 15-metre penalty to tie up the scores at half-time.

Leicester lived off scraps in the first period but Worcester were their own worst enemy as the second period began, losing line-out ball on their own throws, aimless passing that lost them possession and a knock-on with a try begging.

The match deteriorated into stalemate for twenty minutes until McPhillips broke the malaise when he booted a 25-metre penalty into the wind to give his side a three-point lead.

And it was now Worcester who had merely scraps of possession as Leicester dominated the line-outs thanks to the towering presence of lock Harry Wells and his supporters.

Leicester thought they had got the decisive match-winning try with three minutes left as an attack found Olowofela on the wing.

He was tackled heavily by a flying Jamie Shillock and attempted to put the ball on the line at the corner flag but it was ruled out after referee Adam Leal consulted with television match official David Grashoff.

But Leicester assured themselves a fourth win of the Premiership season when Worcester infringed at a scrum in front of their own posts, giving McPhillips a simple three points.