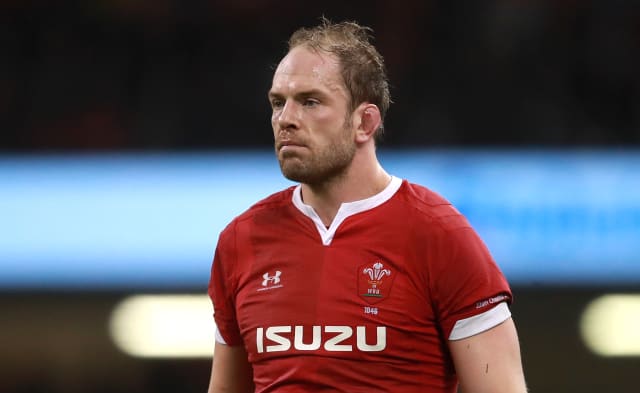 Wales have not lost three Six Nations games on the bounce since the 2007 Championship when Gareth Jenkins’ side actually suffered four straight defeats.

Warren Gatland avoided losing three consecutive championship games during his 12 years in charge, yet it is a fate which could befall his successor Wayne Pivac just a few short months into his reign when Wales take on England at Twickenham next weekend.

“It is uncharted territory and the pressure is on,” skipper Jones said ahead of Saturday’s trip to Twickenham.

“It does not get any easier. It is Wayne’s first one (championship) but Warren, while he had a first one, had 12 years to establish himself and everyone was used to what he was about and what he did.

“From the coaches’ point of view, you cannot compare. But you do not want to think about losing a third game.

“You look at the margins against Ireland and France, and I am not saying we could have or should have, but those margins are smaller and smaller the further up the tree you go.

“The comparison is a tough one, unfair from the coaching point, but as players we do not want to go into that uncharted territory.”

Stepping into Gatland’s shoes was always going to present a difficult challenge for Pivac.

Asked about the issue of taking responsibility, Jones said: “Players do that first and foremost.

“I take my responsibility and my performance as an individual first, then as captain, then as part of a team.

“Peel the facades and veneers away and that is the first port of call. Then you have to be process driven.

“Did we do what we said he would? Yes. If it is a better team fine, but if we have not done that we have not given ourselves the best possible chance to get the outcome.

“We are trying to play heads up and develop the style of play Wayne wants. That is a positive but we are scrutinised, and rightly so, by the scoreboard.”

Wales famously won at Twickenham in 2015 on their way to reaching the quarter-finals of the World Cup.

The victory effectively ended Stuart Lancaster’s reign and ushered in the Eddie Jones era, but Wales have not won at Twickenham in the Six Nations since 2012 and also lost there last August in a World Cup warm-up game.

“I have been involved in a few good ones and a few bad ones,” said the 137-times capped Jones.

“The nature of the beast means it alters a bit when you cross the (Severn) Bridge.

“It is the whole week, you know what is coming up. But it is something to enjoy.

“England have been building this tournament after a disappointing start.

“They got the bit between their teeth in the last game and they are putting the pieces together to be the complete team they showed they were in the World Cup.”