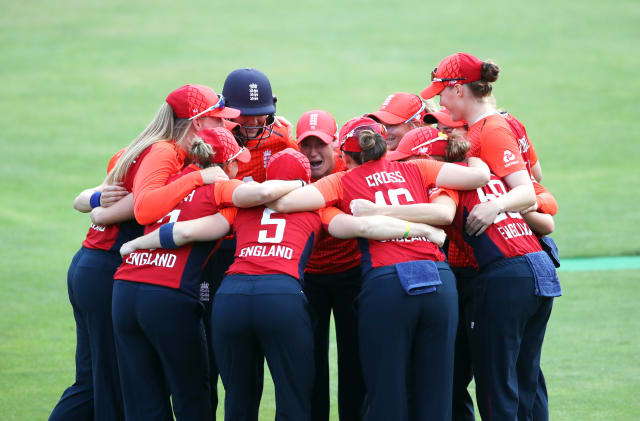 Spinner Sarah Glenn has backed England to build on their recent momentum and seal a place in the semi-finals of the Women’s T20 World Cup.

England face the West Indies in their final group game in Sydney on Sunday where a win is almost certain to confirm their place in the last four of the competition.

And Glenn, who took a career-best three for 15 in Friday’s 42-run win over Pakistan, believes the team have shrugged off their defeat to South Africa earlier in the competition.

Glenn said: “It is really positive – obviously it was gutting to lose to South Africa what with coming so close, and we did really well to take it down to the last over.

“But we punched back against Thailand, took the momentum into this (Pakistan) game, and we’re going to keep it really simple and keep backing our strengths against the West Indies.”

The 20-year-old Glenn has excelled since she answered England’s call for a leg-spinner for the first time when she made her debut against Pakistan before Christmas.

She has now taken 13 wickets in nine T20 appearances, but insists the increased competition for places in the squad means she can take nothing for granted about her international future.

Glenn added: “It’s nice to hear the feedback I’ve got – I know they were looking for a leg-spinner but I know how tough the competition is back home.

“Even though I’m in that position at the minute, I’m going to keep working hard because I know there are people who are coming up and who are really talented.”