Elleray expects VAR monitor use to increase next season 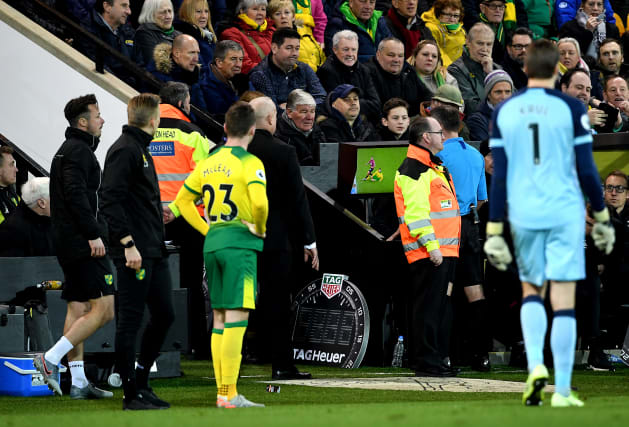 The technical director of football’s law-making body says he would be “astonished” if the Premier League maintained its policy of using pitchside monitors sparingly next season.

Former top-flight referee David Elleray, who now works for the game’s law-makers the International Football Association Board, said his organisation had done a survey of 6,000 matches where video assistant referee (VAR) technology was used which found that 75 per cent of reviews were carried out using pitchside monitors.

He said any competition significantly beneath that three-quarter mark was “clearly out of step”.

The advice to Premier League referees in VAR’s first season in the English top flight has been to use them sparingly, in a bid to minimise delays. Referees in the Premier League have used them twice so far this season, but are now instructed to do so for red card decisions where it is felt they should have the final say.

But Elleray expects them to go much further next season on subjective decisions.

“The English situation is different from a lot of the rest of the world and I would be astonished if it remained as it was next season,” he said at the IFAB’s annual general meeting in Belfast.

“Equally there are times where a factual decision like an offside decision may not need an on-field review but if it’s the FA Cup or Champions League final then it’s better for the referee to go to see it to manage the decision.”

FIFA president Gianni Infantino said: “I think and I understand there have been some discussions in England… some experiences from abroad have been shared, some improvements are being made. To put it very (simply) if there is a little bit more on-field review I think we solve many of the issues as well, in terms of some decisions. Once this is done, it is OK.”

It is understood the Premier League will be speaking to its clubs at its next shareholders’ meeting in April about how VAR is implemented next season.

The technical and football advisory panels of IFAB will look at improving ways in which VAR decisions are communicated in future.

The IFAB also committed to looking at ways to make VAR more attainable for leagues without the budget of the ‘big five’ European leagues.

“We are going through the process with IFAB, and that’s something we are looking to take forward,” he said. “Whether it’s VAR-lite or not is up for debate.”