Clarke expects Euro 2020 to go ahead despite coronavirus concerns 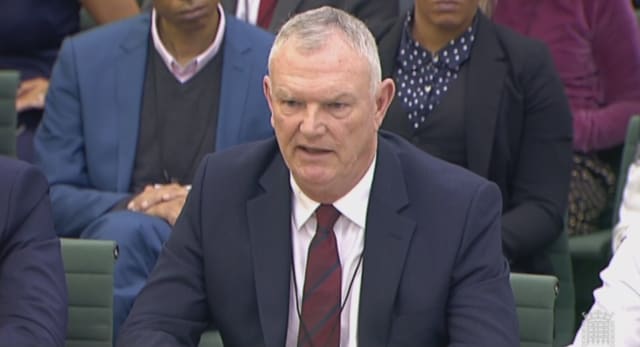 FA chairman Greg Clarke says England will continue to prepare for next month’s friendly against Italy at Wembley despite increasing fears over the spread of the coronavirus.

Italy has been particularly badly hit by the virus and five Serie A matches scheduled for this Sunday – including Juventus’ highly-anticipated clash with Inter Milan – have been postponed as a precautionary measure.

However Clarke said the FA will continue to take its lead from government advice concerning the March 27 fixture, as well as the scheduled friendly against Denmark four days later.

Clarke said: “We’re planning on the basis that they will go ahead.

“I’m not privy to any information from Government that isn’t available to the whole general public.

“If the government decides after consulting all its experts that there will be a change of policy, of course we will adhere to that policy.”

The spread of the coronavirus has led to speculation that the European Championships, which are due to take place in June and July in 12 different countries, could also be affected.

But Clarke added: “At the minute nobody is working on anything other than the Euros going ahead.

“I expect them to go ahead but if the facts change, government policy could change, then we’ll see.”

Wales are due to face Italy at Euro 2020 and Football Association of Wales chief executive Jonathan Ford said: “I think we all hope that this can be contained, but of course we will take advice, but it’s got to be health first, sport second.”

FIFA president Gianni Infantino promised on Friday to do whatever is necessary to help combat the continued spread of the virus.

Speaking in Belfast ahead of the annual general meeting of the International Football Association Board, Infantino said: “The health of persons is much more important than any football game.

“That’s why we have to look at the situation and hope that it will decrease rather than increase.

“At the moment it looks like it is still increasing. If games have to be postponed or played without spectators until it is over, then we have to go through that.”

The five postponed Serie A matches this week had initially been scheduled to take place behind closed doors.

However, in a statement, Serie A officials said the affected matches have all now been rescheduled for Wednesday May 13.

This weekend’s matches in the top two divisions in Switzerland had already been postponed after the government banned all events involving more than 1,000 people.

Danish cyclist Michael Morkov has been cleared to race at the UCI Track Cycling World Championships after two individuals suspected of having the coronavirus at the UAE Tour tested negative for the disease.

Morkov, 34, had spent 34 hours in isolation in Berlin after travelling to the German capital from the UAE Tour, where he contested the opening four stages before leaving the race early.

The final two stages of that race were cancelled on Thursday when two members of staff on the race developed symptoms suggesting they could have the virus, and riders and staff on the race remain under lockdown in Abu Dhabi.

But, after the Abu Dhabi Department of Health issued a statement on Saturday saying the first 167 tests had come back negative, the UCI said Morkov was free to race as normal in Berlin.

Next month’s World Triathlon Series event in Abu Dhabi has become the latest to be postponed as a precautionary measure.

The event was due to take place from March 5 to March 7 in the city, which has reported new cases of the virus.

Organisers said they still hoped to reschedule the event to take place later in March or April.