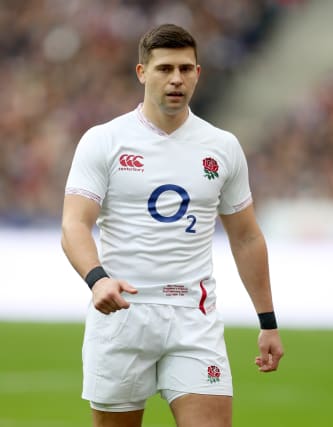 Ben Youngs sees the misfortune of Cian Healy and Mike Phillips as reasons why he will not be celebrating his 100th England cap until it is actually won on the field.

The Leicester scrum-half has already joined the ranks of Test centurions if his two appearances for the Lions against Australia in 2013 are added to his tally of 98, but it is the milestone in a Red Rose jersey that really excites him.

It should be reached by the end of this Guinness Six Nations with two rounds left to play, but the spread of the coronavirus might result in the March 14 trip to Rome joining Ireland versus Italy in being postponed.

And there are the examples of Healy, the Ireland prop who is stranded on 98 caps after recently suffering a hip injury, and retired 99-cap Wales scrum-half Phillips to serve as a reminder of how dreams can be ambushed.

“I didn’t celebrate reaching 100. I’m obviously aware of it if you count the two for the Lions, but it would be nice to do it just for England,” Youngs said.

“It’s strange. Yes it is there, but equally there are plenty of people who have got near it but something’s got in the way.

“I was speaking to Cian Healy after the Ireland game. He’s now injured and he’s out for the remainder of the Six Nations on 98. Let’s not go there on Mike Phillips! I’ll take it week by week.”

Youngs has been England’s first choice scrum-half for virtually the whole of the Eddie Jones era and the 30-year-old has no intention of retiring any time soon.

“At the moment I feel good. I’m enjoying my rugby and I have a huge desire to be here,” he said.

“I look at some positions and what they go through and think I couldn’t do that, but the professional way things are now it gives you every opportunity to play the game for longer.

“Just because someone has a theory about when the candle should burn out, no one knows you better than you. It’s always a personal thing.

“As long as you look after yourself mentally and physically you’re always going to be in a good position.”