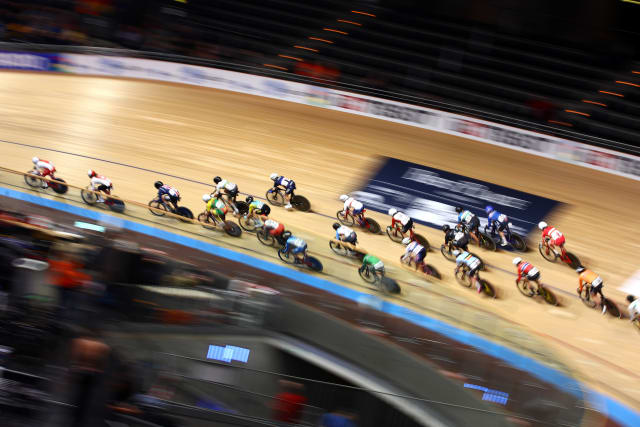 The UCI is closely monitoring the coronavirus situation after a rider who began the now-cancelled UAE Tour arrived in Berlin to take part in the Track Cycling World Championships as the outbreak continued to impact the sporting world.

Statements on Thursday night from the Abu Dhabi Sports Council and organisers RCS Sport said the race had been cancelled due to two positives tests for coronavirus, but on Friday the UCI indicated the decision was made before the results were known.

It is now understood at least one of those tests came back negative, but authorities in the United Arab Emirates took the decision to act early to prevent a possible outbreak.

The Premier League is instructing clubs to follow the NHS guidelines and advised they ensure staff are self-isolating if they begin to show any symptoms, but there is no suggestion that any extra measures are required at this stage.

Newcastle manager Steve Bruce revealed at his press conference that players have been told not to shake hands with one another.

“There’s a ritual here that everybody shakes hands with everybody as soon as we see each other every morning – we’ve stopped that on the advice of the doctor,” he said.

“Thankfully, we’ve got a superb doctor here and he will keep us informed of what we have to do. We’re like everybody else, we’re glued to the TV for where it’s going to go next and let’s hope it doesn’t get any worse in this country.”

Premier League leaders Liverpool have not gone as far as the Magpies.

“So far we didn’t tell anyone not to shake hands but we have disinfectant stations here,” Reds boss Jurgen Klopp said. “It’s important we take it serious but not get crazy about it.”

Football has been hit further afield as this weekend’s matches in the top two divisions in Switzerland have been postponed after the government banned all events involving more than 1,000 people until at least March 15.

The Swiss Football League said it a statement the games in the Super League and Challenge League had been postponed until “an indefinite date”.

In Italy, five Serie A matches, including Sunday’s match between Juventus and Inter Milan, will be played behind closed doors.

Spanish side Valencia have cancelled all pre- and post-match press conferences and have closed off media access to their players after a journalist who covers the club was diagnosed with coronavirus.

On Monday, Six Nations chiefs are set to gather in Paris for talks over the spread of the disease, with Ireland’s match against Italy in Dublin on March 7 already postponed.