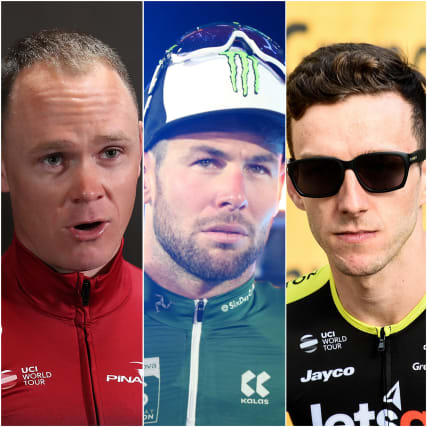 Cycling’s world governing body the UCI is closely monitoring the situation regarding coronavirus after some riders who began the now-cancelled UAE Tour arrived in Berlin to take part in the Track Cycling World Championships as the sporting world continues to be affected by the outbreak.

All riders at the race – including Chris Froome, Mark Cavendish and race leader Adam Yates – have been placed under lockdown at their hotel and were being tested.

The UCI must now assess the situation in Berlin, where the world’s track teams are gathered for the final major competition before the Tokyo Olympics.

Newcastle manager Steve Bruce revealed at his press conference on Friday that players have been told not to shake hands with one another.

“There’s a ritual here that everybody shakes hands with everybody as soon as we see each other every morning – we’ve stopped that on the advice of the doctor,” he said.

Meanwhile, Arsenal and Tottenham have both taken the precaution of asking all visitors to their respective training grounds to fill out a form in advance of arrival to limit access to those who may have recently been in affected areas.

Football has been hit further afield as Swiss Super League matches for this weekend have been postponed after the government banned all events involving more than 1,000 people.

“The Swiss Football League (SFL) responds to the orders of the Federal Council and postpones all matches of the 24th round of the Raiffeisen Super League and the Brack.ch Challenge League from the coming weekend to an indefinite date,” a statement read.

The Federal Council informed the population at a media conference on Friday that all events with more than 1,000 people are now prohibited until at least until March 15, 2020.

Five Serie A matches will be played behind closed doors this weekend, it was confirmed on Thursday.

While no fixtures will be postponed, Saturday’s game between Udinese and Fiorentina will be played in front of an empty stadium.

Valencia have cancelled all pre and post-match press conferences and have closed off media access to their players.

“Valencia CF have decided – following the recommendations set by the regional and national health authorities – to increase preventive measures of contagion, to cancel all the acts, meetings or public gatherings in enclosed spaces that present risk to players, coaching staff and club staff,” a statement from the LaLiga club read.

“In this context, any non-sports public activity with members of the first team will be cancelled until further notice, including the coach’s press conference prior to the LaLiga match, as well as all the pre and post-match appearances scheduled for Saturday’s game at Mestalla.”

On Monday, Six Nations chiefs are set to gather in Paris for talks over the spread of coronavirus, with Ireland’s match against Italy in Dublin on March 7 already postponed.