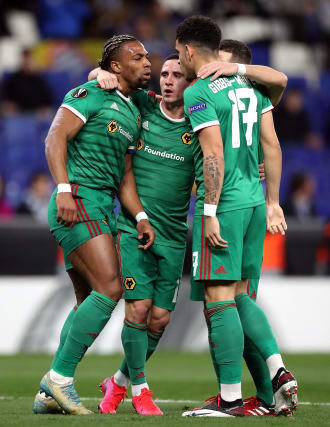 The winger is bullish over their chances with Nuno Espirito Santo’s side drawn to face Olympiacos in the last 16.

They will now play Arsenal’s conquerors over two games, with the first leg in Athens on March 12, and former Barcelona youngster Traore remains confident.

“We are not in the competition thinking we will lose a game. Anything can happen, that is the truth,” he said.

“When we came to Espanyol and we were 4-0 up everyone was saying the tie was done but no-one came onto the pitch thinking we will lose.

“Whatever the team in front of us the manager will manage the tactics and we will face the game like we’ve been facing others.

“If you see the games we’ve had, there have been many with difficult situations – teams scored earlier than us and we turned the game around – it doesn’t matter what the situation is in front of us.”

Traore has now netted six times – his best return in a season – after his first-half strike at the RCDE Stadium.

Jonathan Calleri’s hat-trick won the game on the night for the hosts with the former West Ham loanee netting an injury-time winner.

Matt Doherty had made it 2-2 with 11 minutes left but Wolves were never in danger of losing their commanding 4-0 advantage from the first leg.

“If I say it (scoring) is satisfying I may be wrong because satisfying would be me scoring and the team winning,” added Traore.

“We didn’t win but we passed into the next round and I’m happy for that. We have to keep going.”