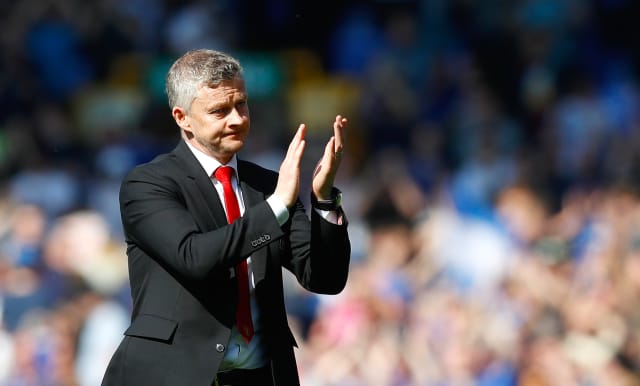 Ole Gunnar Solskjaer is convinced this group will “never give in and never give up” like the Manchester United players that capitulated so embarrassingly on their last visit to Everton.

The Red Devils make the short trip to Goodison Park on Sunday, where the 47-year-old endured what remains his most chastening day in the hotseat last April.

Solskjaer apologised to supporters after Everton ran amok in that Premier League encounter, with the United boss saying the heavy 4-0 defeat was “difficult to describe because it is so bad”.

The Norwegian said some members of his side could be cast aside in the pursuit of progress and, 45 weeks on, he returns feeling much more confident in the attitude and aptitude of his players.

“That was the lowest I’ve been,” Solskjaer said. “I think you all know that and remember that. That was a capitulation.

“We had absolutely nothing about us, even though their goals were more or less counter-attacks from set plays and long throw-ins.

“Everything you didn’t want to see you saw in that game. Against Everton at home, they’re hard to play against with two up front.

“They put players in the box and we knew what we were up against. I’m 100 per cent sure we’ll put a better performance up.

“That was the day, the lowest. I knew probably before then but one or two had their last chance, more or less, but we had to get to the summer first.”

He added: “I can with hand on heart 100 per cent say these boys will never give in and never give up like that team did. These are the boys we want to build the next team around.”

Of that starting line-up, Chris Smalling has left on loan, Phil Jones has barely featured and Paul Pogba has seen his playing time heavily restricted by injuries.

Romelu Lukaku is only starter to have left permanently and the Inter Milan striker recently admitted he had told Solskjaer of his desire to leave a month before the Everton match.

“I’m not going to talk about Rom now,” Solskjaer said. “He’s done well in Italy and we’ve coped well without him.”

United head to Goodison Park buoyed by Thursday’s 5-0 win against 10-man Club Brugge in the Europa League round of 32, extending their unbeaten run in all competitions to seven matches.

Solskjaer’s side at last appear to have found some consistency and confidence, but the road to this point has been bumpy.

“We knew when we made the decisions we made in the summer it was going to take time,” he said. “As I’ve said a few times, Rome wasn’t built in a day.

“The culture, the attitude, the fitness, the camaraderie, the team spirit and maybe even the understanding between players have improved.

“We have missed that box opener that Bruno (Fernandes) is proving to be now.

“There was one or two pieces missing and we still know we miss one or two to be where we want to be but it’s a work in progress.

“Kieran (McKenna) and Michael (Carrick) are fantastic on the training ground with the coaching and the boys are willing to learn. And now we’ve got more and more fit players.”

Anthony Martial is a doubt to face Everton with a muscle injury picked up on Wednesday, while Marcus Rashford and Paul Pogba remain the only long-term absentees.

The latter’s absence has been keenly felt for the most part of the season, but the explosive way January signing Bruno Fernandes has started life at Old Trafford has seen the France international forgotten in recent weeks.

“When I took him off obviously he didn’t want to come off, that’s one thing,” Solskjaer said after the Portuguese’s latest stunning display on Thursday.

“He just loves football. He’s got so much enthusiasm and smile about him.

“He just wants to be out there, wants to better. I tried to send him in because it’s cold but he said ‘No, I want to watch’. He just loves football.

“He’ll probably know everything about football. He’s one of these old schoolboys and football is everything for him. He’s been a big, big boost for us.”