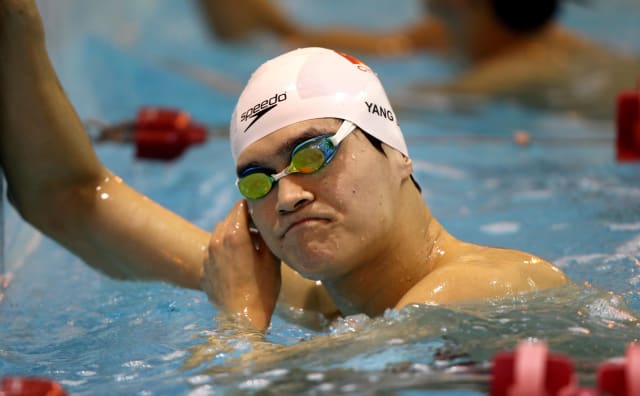 Chinese star Sun Yang has been banned for eight years after the Court of Arbitration for Sport upheld the World Anti-Doping Agency’s appeal against a decision by swimming’s governing body FINA to clear him of a doping offence.

The decision means Sun will not be allowed to defend his 200 metres freestyle title at the Olympic Games in Tokyo and effectively ends his career.

Sun was accused of smashing the vials containing his blood after a row with a team of FINA drug-testers at his home in September 2018.

The 28-year-old, his mother and entourage allegedly interfered with the FINA team’s efforts to get samples because they did not believe the testers were properly accredited or qualified.

Sun, who had already served a three-month ban for an earlier offence, was cleared by a subsequent FINA investigation, a decision which prompted a mixture of fury and incredulity around the swimming world.

That was evident at the World Aquatics Championships in South Korea in July 2019, when Sun claimed his 10th and 11th world titles but also clashed with Australia’s Mack Horton and Britain’s Duncan Scott during medal ceremonies.

The ruling from CAS released on Friday read: “The CAS Panel unanimously determined, to its comfortable satisfaction, that the Athlete violated Article 2.5 FINA DC (Tampering with any part of Doping Control).

“In particular, the Panel found that the personnel in charge of the doping control complied with all applicable requirements as set out in the International Standard for Testing and Investigations (ISTI).

“More specifically, the Athlete failed to establish that he had a compelling justification to destroy his sample collection containers and forego the doping control when, in his opinion, the collection protocol was not in compliance with the ISTI.

“As the Panel noted, it is one thing, having provided a blood sample, to question the accreditation of the testing personnel while keeping the intact samples in the possession of the testing authorities; it is quite another thing, after lengthy exchanges and warnings as to the consequences, to act in such a way that results in destroying the sample containers, thereby eliminating any chance of testing the sample at a later stage.

“Considering that, in June 2014, the Athlete was found guilty of a first anti-doping rule violation (ADRV), the Panel concluded that, in accordance with Article 10.7.1 FINA DC, an eight-year period of ineligibility, starting on the date of the CAS award, has to be imposed on the Athlete for this second ADRV.”

WADA welcomed the decision and the agency’s director general Olivier Niggli said: “WADA decided to appeal the original FINA ruling having carefully reviewed it and having concluded that there were a number of points that seemed to be incorrect under the Code.

“Today’s CAS ruling confirms those concerns and is a significant result.

“We will now need to take time to review the decision in full, and we will continue to review diligently all anti-doping decisions taken by Code Signatories to ensure they are in line with the Code and, when warranted, to exercise our independent right of appeal.”