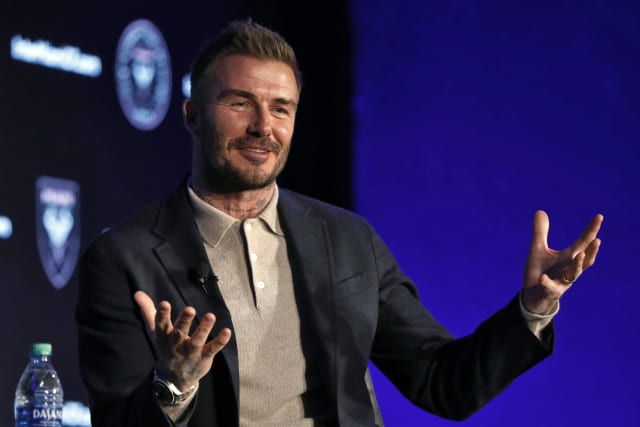 David Beckham’s Inter Miami will make their long-awaited Major League Soccer bow when they travel to Los Angeles FC on Sunday for their opening match of the season.

Here, the PA news agency answers some of the key questions about the new franchise.

In short, they are David Beckham’s MLS team. The ex-England captain exercised an option in his contract with former side LA Galaxy to buy an expansion franchise in 2014 and, after years of hard work, they will make their league debut this weekend. The team’s official name is Club Internacional de Futbol Miami – but you can call them Inter Miami or by their nickname, the Herons.

– Is Beckham the sole owner?

No. Beckham is the club’s president of soccer operations and one of five members of an ownership team that also includes businessmen Jorge and Jose Mas, Marcelo Claure and Masayoshi Son.

– Where do they play?

At Inter Miami CF Stadium in Fort Lauderdale, on the site of the old Lockhart Stadium – for now at least. Inter Miami will begin life playing 30 miles north of the city in a completely rebuilt 18,000-capacity stadium next to their new training facility in Fort Lauderdale but they hope to be able to relocate to a brand new stadium – Miami Freedom Park – by 2022.

– When is their first home game?

– Who plays for them?

They are captained by former United States goalkeeper Luis Robles, who played 238 league matches for the New York Red Bulls between 2012 and 2019. Attacking midfielder Rodolfo Pizarro has signed as one of their designated players, linking up with coach Diego Alonso for the third time following spells at Pachuca and Monterrey. Former Celtic winger Lewis Morgan is the only British player in their squad so far.

– No huge names then?

Not yet. They have been linked with the likes of Edinson Cavani and Luka Modric in recent weeks but, with the season about to begin, they may now wait until later in the year to bring in a marquee player of that calibre.

– Who is their manager?

Diego Alonso. The Uruguayan was named as the club’s first head coach in December. He left Monterrey in September, having guided the Mexican club to 2019 CONCACAF Champions League success. The 44-year-old has no previous MLS coaching experience but boasts an impressive CV, including a successful stint at Pachuca from 2014 to 2018.

– What colours do they play in?

The home shirt is white with pink shoulder stripes, while their away kit is black with pink stripes. These three colours all feature on the club badge, which has two herons – said to represent freedom – as its focal point.