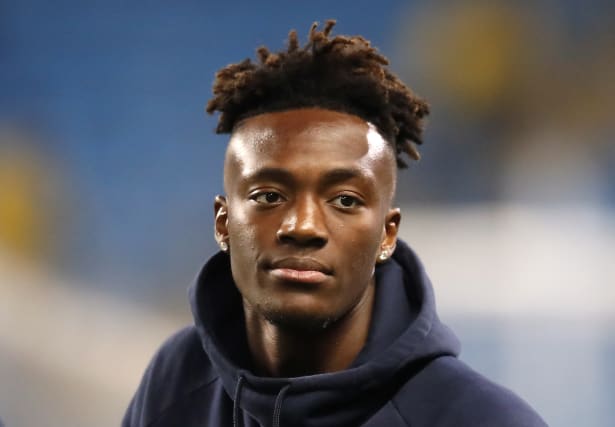 Frank Lampard admits Chelsea do not know how long Tammy Abraham will be sidelined with a recurrence of his nagging ankle injury.

The England striker cut a disconsolate figure on leaving the west London ground, and boss Lampard has admitted the 22-year-old faces another spell on the sidelines.

“For Tammy, we are trying to find a solution, it’s obviously frustrating that he comes in and out somewhat,” said Lampard.

Asked how long Abraham will be sidelined, Lampard added: “I don’t know, we need to see. I speak to the doctors every day about it but we are not actually clear on that one.

“At the minute he’s not doing anything active for the next couple of days. So I don’t know. And I don’t know how long that will be.”

Christian Pulisic, N’Golo Kante and Callum Hudson-Odoi will all miss Chelsea’s trip to Bournemouth on Saturday.

But Ruben Loftus-Cheek will be back in the squad and could make his first appearance since having Achilles surgery in May.

“Ruben’s in the squad again tomorrow, we haven’t had great opportunity to get Ruben game time as much as we’d want,” said Lampard.

“I felt at Tottenham he could be an impact of some sort in the game, and that would have been great for him to get some minutes.

“Bayern was a different animal, so I took a different decision to get some good training in the week. But now he’s back in the squad.

“It’s a lonely place, it’s a long time. He was in a very good run of form last year. He was playing really well and getting confidence. And he hasn’t kicked a ball for me.

“With the ability he has got, I think he’s one of the most exciting English and Premier League players, so we all want him back.”

Lampard has challenged Chelsea to hit back from their mauling at the hands of Bayern.

“Things like this happen in football, there are moments, there are games where it’s a tough match, a tough game, and that opens your eyes somewhat,” Lampard said.

“The tester is how you come back from that, individually and collectively.

“So I’m interested to see the reaction, it feels it will be good, the determination in training is there to see.

“Our last Premier League performance was very, very good, so we have to carry on from that. I wouldn’t relate the Bayern loss to the win over Spurs, but in the bigger picture it was a lesson for the players, because we played against very, very high-level opposition, and they were better than us on the night in most departments.

“And that’s probably a reality check for all of us here. It’s nothing that surprising to me. I didn’t expect the result, I thought we could perform better against Bayern Munich, but I knew this season where we’re at we have no divine right for anything other than things we work for.

“At the minute we’re in fourth place, which people probably didn’t quite expect, and we have to fight until the end for fourth.”