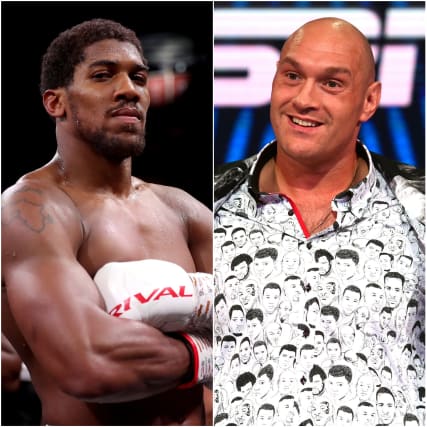 Tyson Fury’s promoter Frank Warren hopes Deontay Wilder will accept a pay-off to waive his right to a rematch to allow for an all-British unification bout against Anthony Joshua.

Fury beat Wilder with a seventh-round TKO in Las Vegas at the weekend to raise the prospect of a highly-anticipated clash against his fellow Brit and IBF, IBO, WBA and WBO title holder.

Wilder has a rematch clause – which the American has said he will activate – but Warren hopes he will forgo that with the right offer.

“It would be expensive – but who knows? The only way you find it is if you try,” Warren told The Daily Telegraph.

“He’s made some stupid statements, I think. I hoped he’d take the defeat as I think he should have done – with grace.

“All that nonsense about the (ring walk) costume (weighing him down) was garbage.”

Aside from when the fight can be staged, the other big question is the venue with Saudi Arabia, where Joshua reclaimed his belts from Andy Ruiz Jr in December, a potential if somewhat controversial option.

Once again, money will be a major factor in deciding the outcome.

“All I can say at our end is that if we can do it we’ll do it, for obvious reasons. I think Tyson will do a job on him.”

Joshua’s promoter Eddie Hearn is also keen for the fight to happen and would like nothing more than for it to happen this summer, although he accepts that is entirely dependent on the Wilder situation.

“If it has to happen it happens, but don’t string it out until October/November. Get it done in June/July.

“The strategy is, let’s get Pulev (Joshua’s IBF mandatory challenger Kubrat Pulev) wrapped up and signed and if over the next couple of weeks there’s a move – where someone can wait, someone can have a few quid – we would love nothing more than to go into Fury in June or July.”