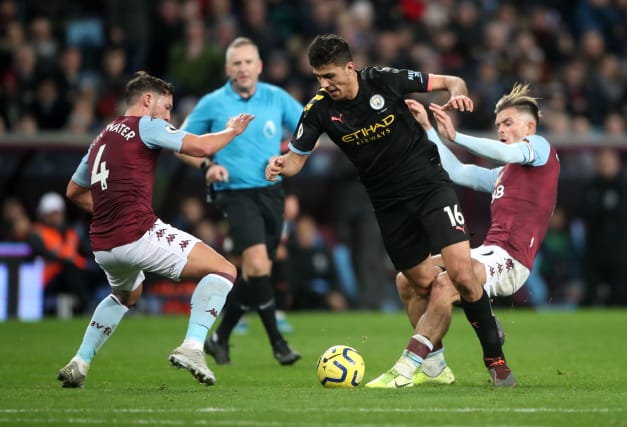 Here, the PA news agency looks at some talking points ahead of the game.

Can City put aside their troubles and do it yet again?

City’s looming ban from European competition is casting a huge shadow over the club but the players showed they can put off-field difficulties aside as they secured a stunning victory at Real Madrid in midweek. That is bad news for Villa, who as underdogs may need all the help they can get. City are the kings of this competition. They are bidding for a third successive triumph and a fifth in seven years. With last year’s FA Cup success also considered, they are formidable in the domestic cups.

A welcome or potentially costly distraction for Villa?

There is no escaping the fact Villa are in a relegation battle in the Premier League, whatever the outcome on Sunday. Staying in the top flight is likely to be their top priority but winning a trophy would be big news for a club that has endured some tough times in recent years. It is this competition that gave Villa their most recent successes, in 1994 and 1996. How the team react, win or lose, to Sunday will shape the rest of their season. Could victory bolster their bid for survival or be too draining? How damaging or galvanising could defeat be? The answers may only become apparent at the end of the campaign.

Both sides have had issues at the back all season. On the one hand, Villa may be encouraged that City’s back four is unsettled. Aymeric Laporte has been badly missed for most of the season and he suffered another injury on Wednesday that looks set to keep him out. Midfielder Fernandinho is therefore likely to continue as a makeshift centre-back alongside John Stones or Nicolas Otamendi, both of whom are inconsistent. On the other hand, City could run riot against the worst defence in the Premier League – 52 goals conceded in 27 games. Villa’s back line are certainly not living up to the standards of their coach John Terry.

The best hopes of rank outsiders Villa would appear to rest with their influential captain Jack Grealish. The 24-year-old playmaker has stood out on his return to the top flight this term following promotion. He has been linked with other clubs but, whatever the future holds, this is a fine opportunity for him to shine for Villa on a big stage and perhaps deliver silverware. There may also be a temptation to rush another key player, John McGinn, back from injury.

Future of the competition

The League Cup is the most derided of the domestic competitions involving the top-flight clubs. Even City boss Pep Guardiola, whose results show he takes the competition seriously, suggested earlier this season it could be scrapped to help English clubs in Europe. Yet the League Cup has its advantages as it offers a route into Europe for relatively few wins and, unlike the FA Cup, does not cause fixture congestion at the business end of the season. The antics of Chelsea goalkeeper Kepa Arrizabalaga ensured last year’s final got plenty of attention but a great game would be an even greater showcase for it this time.