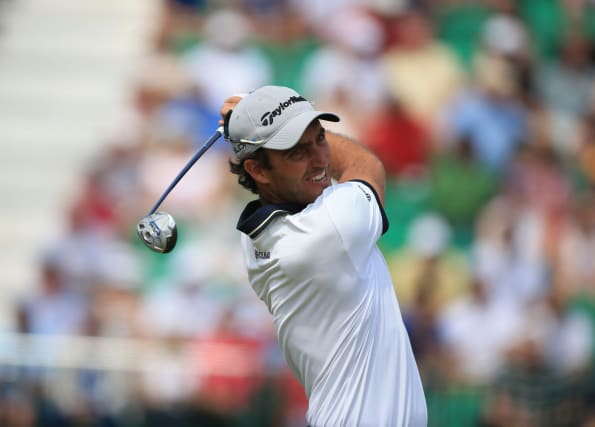 Italy’s Lorenzo Gagli and Edoardo Molinari have been reinstated in the Oman Open field after Gagli tested negative for the coronavirus.

Both players had withdrawn from the European Tour event in Muscat on medical grounds. Gagli was tested for the virus and room-mate Molinari was moved to another hotel room.

A statement from the European Tour read: “On Wednesday, Lorenzo Gagli and Edoardo Molinari withdrew from the Oman Open on medical grounds.

“Gagli exhibited flu-like symptoms and was assessed by the tournament’s on-site medical team.

“In consultation with the Omani Ministry of Health, and in line with current World Health Organisation guidelines, he was subsequently tested for coronavirus (Covid-19) and immediately entered self-isolation as a precaution.

“Gagli had been sharing a hotel room with Edoardo Molinari, who showed no signs of illness, but as a further precaution he also entered self-isolation in a separate room.

“On Thursday morning, the Omani Ministry of Health reported that Gagli’s test results were negative.

“Due to these exceptional circumstances, both Lorenzo and Edoardo will now be reinstated into the Oman Open as an addition to the field, meaning the field size will now be 146. They will tee off together at 1.30pm local time.”

European Tour chief executive Keith Pelley added: “This is a difficult global situation, one during which we will continue to follow all guidance given to us on preventive measures, and all decisions will continue to be made in the interests of overall public health.

“We will also continue to work closely with our own health experts and local authorities to ensure we have the latest medical and travel advice for all our tournaments, because the well-being of our players, staff and spectators remains the European Tour’s absolute priority.”

Earlier on Thursday, Molinari had written on Twitter: “For everyone asking, I am absolutely fine. No symptoms at all, no fever, no cold, nothing wrong at all…just very bored and annoyed. Hopefully this nightmare will be over soon!”

Gagli had expressed his anger at the situation in Italian newspaper La Nazione, calling his exclusion from the tournament an “an inexplicable decision.”

“Only us two have been excluded from the tournament, but I arrived in Muscat last Sunday and over the last few days I’ve worked out in the gym with dozens of other players,” he added.

“I ate with them and travelled by bus with them. If there was a risk of contagion, then they would have to isolate dozens of golfers and cancel the tournament.”

Italian authorities have put restrictions in place in an attempt to stop the
spread of the coronavirus, with Inter Milan’s Europa League match at home to
Ludogorets set to be played behind closed doors on Thursday, on the back of four Serie A matches being postponed last weekend.

The Guinness Six Nations match between Ireland and Italy, which was scheduled for March 7 in Dublin, has also been postponed.

The World Short Track Speed Skating Championships – scheduled to
take place in Seoul next month – have been cancelled and the PA news agency understands the Football Association is holding internal discussions at Wembley to discuss the implications of the virus.

A 44-year-old Valencia fan who attended his side’s Champions League tie against Atalanta at Milan’s San Siro stadium last week has tested positive for the virus.

The news was released on Thursday by the local Valencia health board, with the man currently being treated at the Hospital Clinico Universitario de Valencia.