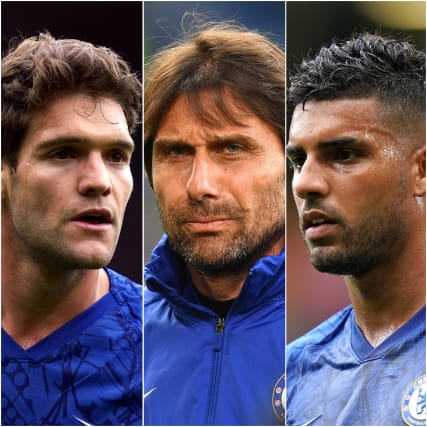 Former Chelsea manager Antonio Conte is looking to his previous employers as he looks to improve Inter’s defence, reports the Daily Mail. The paper says the Conte is looking at either MarcosAlonso or EmersonPalmieri and will make one of them a target in the summer.

Roberto Firmino is wanted by Bayern Munich, reports the Liverpool Echo. The 28-year-old Brazilian signed for the Anfield outfit in 2015 from Hoffenheim and Bayern have enquired about the forward returning to Germany.

Talks between Liverpool and RB Leipzig over the signing of TimoWerner are at an “advanced” stage, according to the Daily Express. The striker has scored 71 times in 116 games for the Bundesliga side, including a strike against Tottenham in the Champions League last-16 match earlier this month.

The race to sign 24-year-old Florian Grillitsch from Hoffenheim is hotting up, with Arsenal, Newcastle and Southampton set to fight over the midfielder’s signature, according to the Newcastle Chronicle.

Defender Jack Tucker, who is currently on the books of Gillingham, has caught the attention of Aston Villa and Celtic, reports the Birmingham Mail.

Mohamed Salah: Real Madrid have got the Liverpool forward in their sights and believe they will be able to land the Egyptian if they can sell Gareth Bale, reports El Desmarque.

Fabian Ruiz: The LaLiga side are also preparing an offer for the 23-year-old from Napoli in the region of £60million, says Calciomercato.

Willian: The forward’s future at Chelsea looks to be in doubt as talks have stalled over a new contract, says Esporte Interativo.