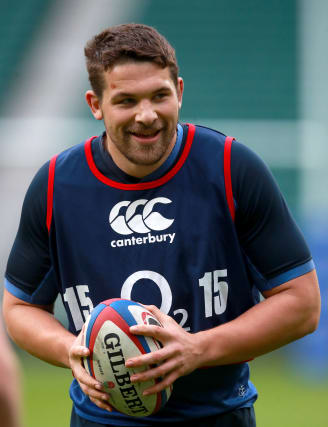 Charlie Ewels might be considered unfortunate to have been born during an era where England boast an abundance of top second-row talent, but the Bath forward views it as a blessing rather than a curse.

Eddie Jones took the unprecedented step of naming five locks in his 23 for the recent rout of Ireland at Twickenham with Courtney Lawes operating at blindside flanker and Ewels and Joe Launchbury present on the bench.

Had he been playing at a different time, Ewels might have accumulated more than 14 caps as a regular starter in the positions currently occupied by Maro Itoje and George Kruis.

But the 24-year-old credits the competition for elevating his game to a new level.

“I don’t think I’d be the player I am if it wasn’t for the guys I’m competing with and who have been pushing me,” Ewels said.

“I came through all the age group stuff with Maro, so straight away that was the standard I was used to at that age.

“We’re fortunate to be playing in a generation where second row is a strong position for England.

“I don’t think I’d be competing and pushing and growing my game like I have done if I hadn’t been competing with these players.

“You can never look back at ifs, buts and maybes, you can only push towards what is front of you.

“I’ve learned different bits off everyone. Me and Maro are different players but there are elements of the game that he’s world class at.

“It’s some of his contact work and tackle work that I’m trying to learn from him, just like I’ll speak to Joe Launchbury about some of his work in the maul.

“I speak to George Kruis about his work in the line-out and Courtney Lawes about his tackle work.

“Everyone has got their strengths and weaknesses and across the five of us I’m trying to pick and choose the best bits from each of those guys to try and learn and add what they have to my game.”

Ewels packed down at number eight when he came on against Ireland.

“Whatever the boss tells me to do, I’ll do. I’ll play on the wing if he wants me to!” he said.

“It was the plan in the week that I was covering Courtney at six but that I would defend scrums at eight. That’s how it came about.

“I actually made my debut for Bath at number eight and have played there a few times for the club. The roles of four, five and six are very similar.”