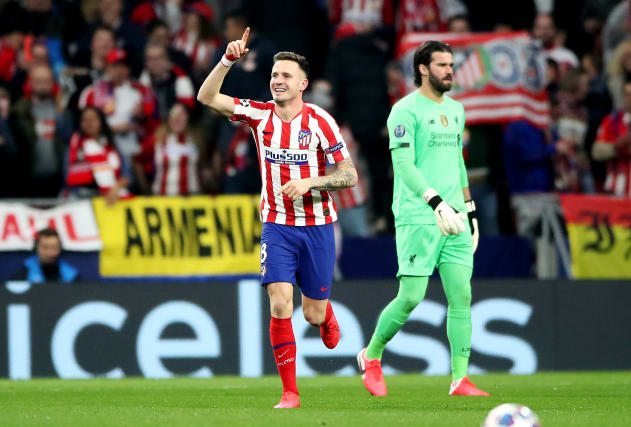 It is half-time in the Champions League last-16 ties after the first legs were completed this week.

The four Premier League sides still involved experienced mixed fortunes and they all have work to do if they are to advance to the quarter-finals.

Here, the PA news agency looks at their prospects of making it through.

Having come back from a 3-0 first-leg deficit against Barcelona in the semi-final at Anfield last season, the possibility of overturning a 1-0 loss against Atletico Madrid hardly looks out of reach. The Reds went down to Saul’s early goal in the Spanish capital last week and they were perhaps lucky not to have a bigger job on their hands in the home leg in a couple of weeks. But Jurgen Klopp’s men will be heavy favourites to get the job done in front of their own fans, even though will have to overcome a side renowned for their doggedness and defensive capability.

Just like their run to the Champions League final last season, Tottenham are going to have to do it the hard way if they are to keep their hopes alive, having lost 1-0 at home to RB Leipzig. They were undone by Timo Werner’s second-half penalty in north London, but had it not been for Hugo Lloris the tie might have been out of reach. Jose Mourinho will need to draw on all of his experience to come up with a game-plan that can see his side score more than one goal in Germany, while also hoping that the occasion – this is Leipzig’s first ever Champions League knockout tie – gets the better of the Bundesliga side.

If Chelsea are to progress to the last eight then it will be one of the greatest comebacks the competition has ever seen. Frank Lampard’s men were brushed aside by Bayern Munich in the second half of their first leg at Stamford Bridge. Having won 7-2 at Tottenham in the group stage, the Bundesliga champions again showed their love of London as Serge Gnabry, who scored four at Spurs, bagged a brace and Robert Lewandowski made it 3-0. Chelsea must now go to the Allianz Arena and score at least three goals, while keeping Bayern out at the other end.

Manchester City put themselves firmly in the driving seat against 13-times-winners Real Madrid with a stunning 2-1 first leg victory at the Bernabeu Stadium. Having fallen behind to Isco’s error-assisted opener on the hour, a City side which started with Fernandinho, Raheem Sterling, Sergio Aguero and David Silva on the bench and Gabriel Jesus operating as a wing-back hit back through the Brazilian’s equaliser and Kevin De Bruyne’s penalty to win 2-1. The loss of Aymeric Laporte to injury was a significant blow, but Sergio Ramos’ red card means he will not play in the return and with Eden Hazard already sidelined, City’s fate lies in their own hands.