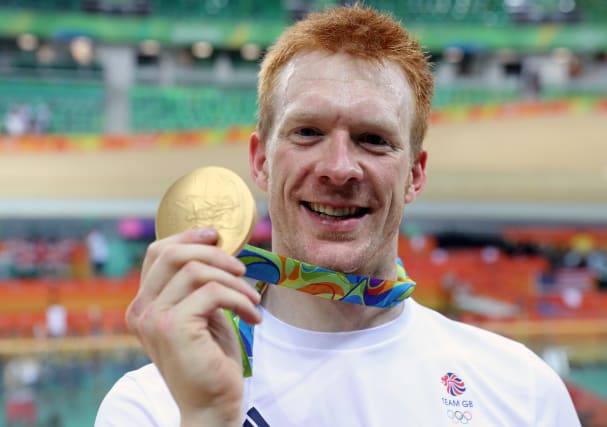 Three-time Olympic champion Ed Clancy has no doubt securing a fourth team pursuit title in Tokyo this summer would be his greatest achievement.

The ‘big brother’ of the Great Britain squad might not want to discuss potential retirement but at the age of 34 he is nearing the end of the road – admitting this week’s UCI Track World Championships in Berlin could be his last.

Clancy had to overcome back surgery to add the Olympic title in Rio to those won in Beijing and London, but even after that experience he says things only get harder.

“Every Olympic cycle it becomes harder to achieve essentially the same thing,” he said. “You’ve got to defy illness, injury, the constant hoops of selection you’ve got to keep jumping through.

“And then you have to do the same thing four years later when some of your intellectual knowledge may have spread through the rest of the world.

“If we can do it a fourth time, it’s a big dream of mine… It wouldn’t only be the biggest achievement, it would be the toughest one as well.”

Clancy already ranks as one of Britain’s most successful Olympians, even if his profile does not necessarily match.

“His lack of image proportional to his Olympic success is perhaps because cycling has been so successful,” says team-mate Kian Emadi. “The team as a whole maybe gets more recognition.

“But he has won Beijing, London, and Rio, and a bronze in the omnium in London. He is on a level with some of the rowers, Steve Redgrave potentially, huge names.

“I don’t know whether he likes it or not, it depends what day you get him on, but it’s a testament to how committed and how good an athlete he is that he’s been able to do that for the best part of 12 years.”

Former sprinter Emadi is the next youngest member of the men’s endurance squad at 27, while Ethan Hayter is 21, Charlie Tanfield 23, and Ollie Wood 24.

All have shown immense potential, but Clancy singles out Hayter for the praise – claiming he could go on to emulate fellow Londoner Sir Bradley Wiggins.

“I was watching ‘The Matrix’ the other day and I sometimes remind myself a bit of Morpheus,” Clancy joked.

“Not so much in the way I look, but I reckon I know something good when I see it. And Ethan’s the ‘Chosen One’.

“He’s special. He’s really got something else. For someone who is relatively small and lightweight and aerodynamic, he’s got a massive cardiovascular system on him.”

Hayter will follow the path of Wiggins and Geraint Thomas on to the road after Tokyo, having signed a three-year deal with Team Ineos, and Clancy believes he can emulate their success.

“Absolutely,” he said. “The more I see of him the more I think it’s true. You can’t predict whether someone is going to go off and win the Tour de France, obviously.

“I just know that in team pursuit terms, he’s absolutely doing things – and this is not to discredit what Bradley and Geraint did, because it was a different era – but he’s doing these things and more already.”

What Hayter and his team-mates can do at the Worlds this week will attract great interest but Clancy played down the event’s importance.

Britain were almost three seconds off Australia’s world record pace at last years Worlds, and had to settle for fourth in their home World Cup in Glasgow in November, but Clancy remains confident in their strategy of peaking for the Games – with their best condition and their best kit yet to come.

“This is an Olympic programme,” he said. “We target one race in August every four years.

“We eat as well as we can and sleep as well as can and train effectively as possible with one race in mind.