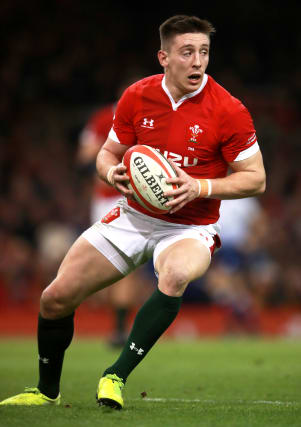 Wing Josh Adams has been ruled out of Wales’ remaining Guinness Six Nations games against England and Scotland.

Adams, who has scored 10 tries in his last 10 Tests, suffered an ankle injury during Wales’ 27-23 loss to France on Saturday.

And the Welsh Rugby Union confirmed he will miss the remainder of the tournament, adding that he is due to have surgery this week and “could return in 12 weeks for the latter stages of the Guinness PRO14.”

The WRU said in a statement: “Josh Adams will play no further part in Wales’ 2020 Guinness Six Nations campaign following an ankle injury sustained in the match against France.

“He is due to have surgery this week and it is envisaged that he could return in 12 weeks for the latter stages of the Guinness PRO14.

“No-one has been added to the squad.”