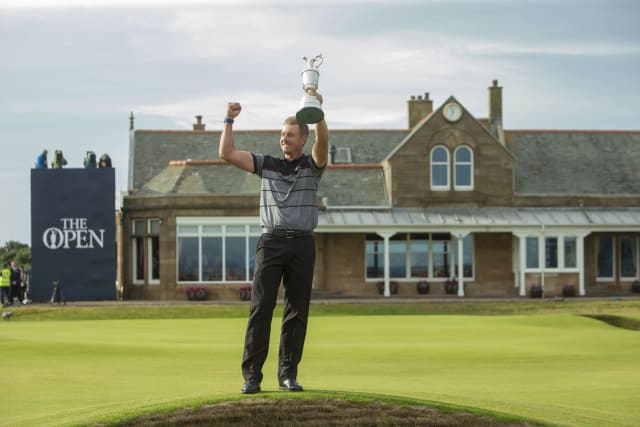 Royal Troon will host the 152nd Open Championship in 2023, tournament organiser the R&A has announced.

It will be the 10th time the Ayrshire course has hosted the game’s oldest major and the first occasion since Henrik Stenson lifted the Claret Jug following an epic duel with Phil Mickelson in 2016.

The occasion also marks the 100th anniversary of when The Open was first played at Royal Troon in 1923, when Arthur Havers defeated Walter Hagen by one stroke.

“It has produced many memorable moments throughout the history of The Open including the dramatic duel between Henrik Stenson and Phil Mickelson that captivated millions of fans around the world in 2016.

“We are very much looking forward to celebrating another milestone in the cherished history of The Open when we mark the 100th anniversary of the Championship first being played at Royal Troon.

“It will be fascinating to see who will emerge from the world-class field to lift the Claret Jug in 2023.”

Slumbers admitted that the size of the crowds which each of the 10 courses on the Open rota can accommodate has become an increasingly important factor.

That could be bad news for the likes of Muirfield and Turnberry, with Muirfield attracting 142,306 spectators in 2013 and Turnberry’s remote location traditionally resulting in even lower figures.

“We want The Open to be one of the world’s greatest sporting events,” Slumbers added. “Big time sport needs big time crowds.

St Andrews has already been confirmed to host the 2025 Open and with the R&A unlikely to stage the event in Scotland for three years running, Royal Portrush or one of the English courses would be favourite for 2024.

That would mean the earliest Turnberry, which is owned by US President Donald Trump, could host the Open is 2026, 17 years after Stewart Cink defeated Tom Watson in a play-off.