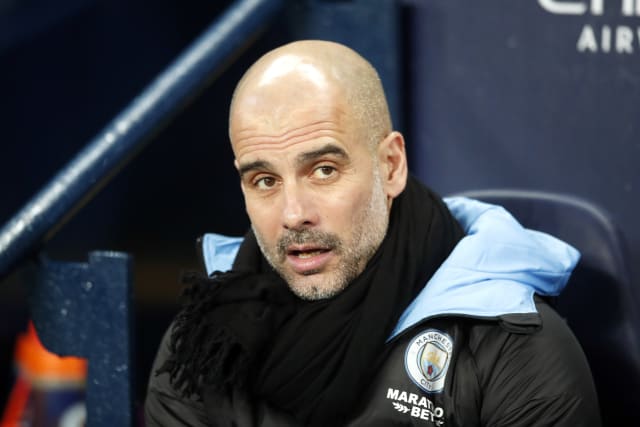 Pep Guardiola has full confidence in Manchester City as they take their battle against their Champions League expulsion to the Court of Arbitration for Sport.

City, who claim they have “irrefutable evidence” backing their case, are appealing against their two-year ban from European competition for Financial Fair Play breaches.

Manager Guardiola, who last week said he was committed to the club, claims to have seen this evidence and is strongly backing the fight against the UEFA-imposed sanction.

He said: “We were under suspicion for a long time but we have the right to appeal. I trust the people in my club.

“They have explained the reasons and shown me arguments and the proof, and we are optimistic that finally, if we deserve to be in the Champions League next season, we can do it.

“If it doesn’t happen we have to accept and move forward with the people who want to stay but we are going to see what happens with CAS.”

Guardiola was speaking at a press conference at the Bernabeu ahead of the first leg of this year’s last-16 tie against Real Madrid.

Approaching the contest as if it might be City’s last opportunity in the competition is not something that has entered his mind.

He said: “No way! These players will have a lot of chances to win the Champions League.

“This season is a big opportunity. I know we play the king of this competition and we know the challenge in front of us but, at the same time, it’s not the last one.

“When you die, after there are no more chances. But in life, if you are in this business and you want to train and play, you never know what is going to happen. There is no special motivation.”

Playmaker David Silva, who is in his final season at City, also insisted the matter was not something the players were thinking about.

The 34-year-old said: “It is not on us. We have to be focused on playing. After the club is working on it. We have nothing to do with that.”

Winger Raheem Sterling – who was recently linked with Real – is poised to return to action at the Bernabeu after three weeks out with a hamstring injury.

Guardiola said: “His natural condition, his regeneration is amazing. He said to us he could have played against West Ham and Leicester but the doctor said, ‘Be careful’.