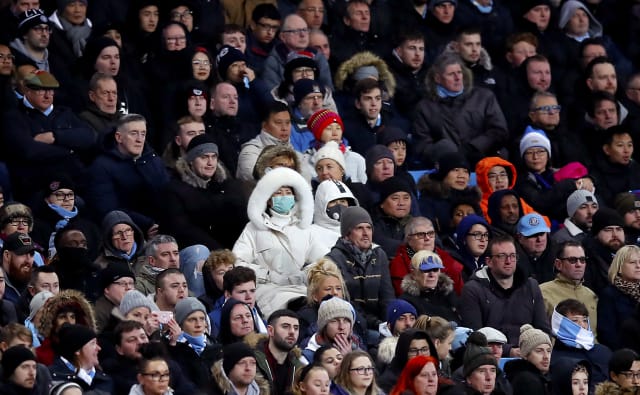 China has reported 77,658 cases and 2,663 deaths following the outbreak of the virus that has spread to a variety of countries, including Italy where authorities have swiftly put in restrictions.

Four Serie A football fixtures were postponed over the weekend and the second leg of Inter Milan’s Europa League round of 32 clash against Ludogorets will be played behind closed doors at San Siro.

Numerous rugby union fixtures have been affected and Six Nations organisers are “monitoring this situation very closely”, while Woodward says United are keeping tabs on the “very fluid situation”.

“Our thoughts go out to everyone in China and other countries affected by it,” United’s executive vice-chairman said.

“We’ve got many supporters obviously in China and the rest of Asia, and staff in Hong Kong so our first concern is for people’s welfare.

“It’s a very fluid situation and we’re monitoring closely. We’re aware of the impact to sporting events in Asia and what’s obviously been happening in Italy in the last two days.

“But, to date, we haven’t seen any disruption to sporting events in the UK and we are continuing to monitor the situation and will follow any and all guidance from the relevant authorities, including the Premier League and UEFA.”

United are one of the most popular sports teams in China, having first visited in 1975 and returned there for a pre-season friendly against Tottenham in Shanghai last summer.

The Old Trafford giants have yet to announce the destination of this summer’s tour, but the coronavirus is sure to come into the club’s thinking.

Kenny takes over from McCarthy as Republic of Ireland manager