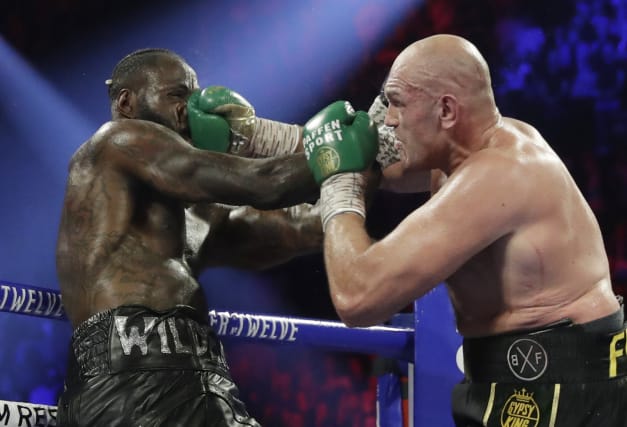 Deontay Wilder appears intent on pursuing a third meeting with Tyson Fury, despite the comprehensive nature of the American’s defeat in Las Vegas on Saturday night.

Heavyweight title history is scattered with memorable trilogies, and here the PA news agency examines the best of them.

By far the most famous boxing trilogy, Ali and Frazier first clashed in 1971 when Frazier clubbed the comebacking Ali to a 15th-round defeat. Ali took a bloody, non-title rematch three years later, setting up the brutal ‘Thrilla in Manila’, in which Ali triumphed again when Frazier’s corner refused to let his man go out for the 15th and final round.

Bowe wrested the title from Holyfield in an epic 1992 battle, but surrendered it a year later via majority decision in a bout made famous by the arrival of ‘Fan Man’, who parachuted into the ring midway through the seventh round. In their third meeting in November 1995, Bowe clambered off the floor to stop Holyfield in round eight and win back his titles.

Johansson scored a major upset when he floored defending champion Patterson seven times in the third round to win the title in 1959. A year later, Patterson became the first man to win back the belt via fifth-round knockout. In their decider nine months later, Patterson survived two first-round knockdowns to stop the Swede in round six.

Rebounding from his first loss to Frazier, Ali was undone in his first meeting with Ken Norton in 1973, which he lost by split decision and sustained a broken jaw. Six months later, the split decision swung in Ali’s favour, setting up the decider three years later, in which Ali, back as champion, won a controversial unanimous verdict.