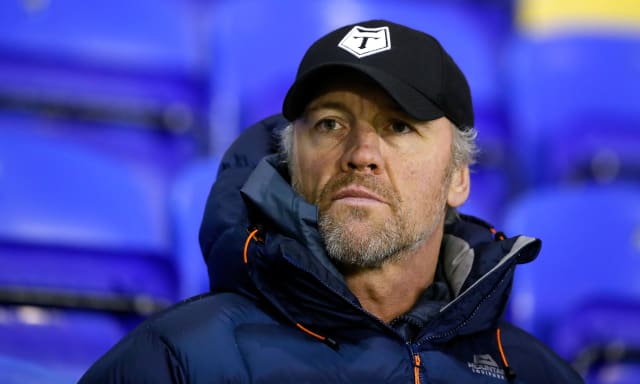 Toronto Wolfpack will play Huddersfield in an all-Super League tie in the fifth round of the Coral Challenge Cup.

Toronto’s first-ever competitive game was in the Challenge Cup in 2017, when they beat amateur club Siddal before losing to Salford, but they chose not to enter the competition in 2019 as a Championship club after being asked to pay a bond.

Now back in the fold, they were drawn at home to the Giants but, as part of an agreement between the club and the Rugby Football League, the tie will be played at the John Smith’s Stadium.

It will be the first of four meetings between the clubs, who will play each other in the Magic Weekend in Newcastle in May.

The Wolfpack and the Giants are two of four Super League teams entering the competition at this stage.

The other two were both drawn at home to Championship opponents – Wakefield will play Bradford in a repeat of the 2015 Million Pound Game and Hull KR were paired with Leigh.

That match will be a repeat of the fifth round tie in 2019 which Rovers won 14-10 and coach Tony Smith is expecting another close affair.

“They are a tough team, a good team with some familiar faces and a lot of experienced players,” Smith told BBC Sport.

“It will be an interesting fixture. The cup brings out the best in all teams and we will look to put everything into it.

“The cup has produced some fairytale stories over the years and we would like that to be us this year.”

The draw was made mark at Hull College Craven Park to mark the 40th anniversary of Hull KR’s only Cup success, a 10-5 victory over arch rivals Hull FC at Wembley in 1980.

Holders Warrington will enter the competition at the sixth-round stage, along with the rest of the top eight Super League clubs from 2019.

The ties will be played on the weekend of March 14-15.