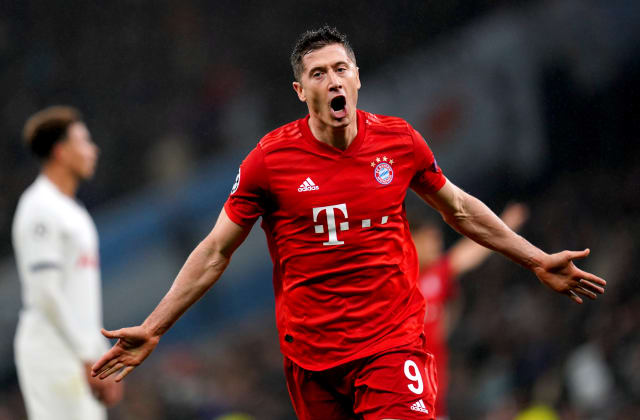 Chelsea will host Bayern Munich in Champions League action on Tuesday, in the first of a two-leg tussle for a place in the last eight.

Here, the PA news agency takes a closer look at the German giants.

Flick future up in the air

Hansi Flick has already won plenty of plaudits for his firefighting after succeeding Niko Kovac in November. He stepped up from assistant into an interim head coaching role when Kovac departed.

Bayern might be top of the Bundesliga by a point and Flick generally regarded as impressing, but so far there is no firm word on his status for next season.

But if he pushed Bayern one giant step towards the Champions League quarter-finals this week, Flick could go a long way to securing a permanent deal.

Poland striker Robert Lewandowski already boasts 42 goals from 38 games for club and country this term, with 25 in the Bundesliga.

The 31-year-old remains as deadly a finisher as ever, and will clearly provide Chelsea’s biggest threat at Stamford Bridge on Tuesday.

Underwhelming warm-up counts for nothing

The quicker Bayern can erase the memory of Friday’s stuttering 3-2 win over Paderborn, the better for the Bavarians.

Sweeper-keeper Manuel Neuer was nutmegged by Dennis Srbeny after rushing outside his area as the former Norwich striker equalised.

Lewandowski’s two goals eventually rescued a lacklustre Bayern side who had experimented with three at the back – but are hugely unlikely to reprise that formation at Stamford Bridge.

The spectre of 2012 still looms large over both sides

Chelsea’s in-house representatives are no longer on the field but in the dugout and the boardroom, with Frank Lampard managing the club and Petr Cech bridging the gap between coaches and executives.

Bayern won on penalties in their only meeting since then – the 2013 UEFA Super Cup.