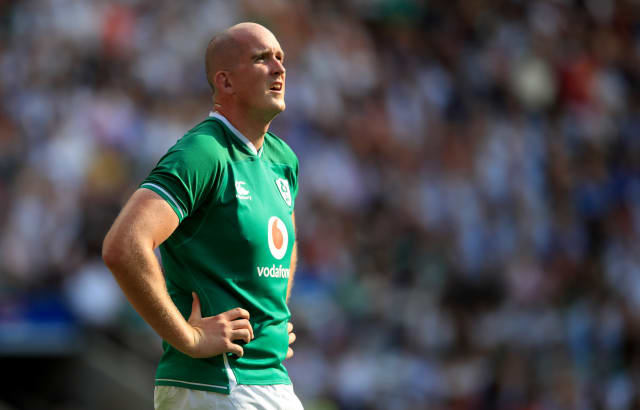 Devin Toner admits it “means the world” to be back in Ireland’s starting XV and has described playing England at Twickenham as the “pinnacle of your career”.

But he has returned to favour under new head coach Andy Farrell and will start for his country for the first time in more than six months during Sunday’s crunch Guinness Six Nations clash in south-west London.

The 33-year-old was a late inclusion in the Irish side after team-mate Iain Henderson dropped out following the birth of his son and is eager to seize the opportunity on the occasion of his 70th cap.

“It means the world to me. If you’d told me a couple of months ago I’d be starting against England at Twickenham I probably wouldn’t have believed you, so (I’m) delighted to get the chance,” said Toner.

“Obviously Hendy was picked to start and he’s had a fantastic tournament and obviously delighted for him on the birth of his second child, so he’ll be at home getting some sleep – I doubt it!

“But it means the world to me to be playing again.

“Twickenham is the home of English rugby so it’s kind of the pinnacle of your career to play a game for Ireland against England in Twickenham. It’s huge for everyone who gets a chance to play here.

“It’s really just excitement ahead of the game and everyone can’t wait.”

Ireland crossed the Irish Sea on the back of successive Dublin wins over Scotland and Wales and with a second Triple Crown in three years within touching distance.

Toner came on as a replacement in each of those matches and received a rapturous reception from the Aviva Stadium crowd.

Having turned out for his province while the national team were away in Japan, he feels it has been straightforward to seamlessly slip back into the Irish camp under Farrell and does not believe he has drastically altered his game.

“It’s been brilliant. I’ve enjoyed every minute of it. It’s great being back in the environment,” he said.

“It’s an easy place to slot back into, obviously because I’m very familiar with everything that’s going on.

“I knew there were reasons why I didn’t get selected to go to the World Cup and then I just tried to knuckle down at the start of the season with Leinster and that’s been going not too bad.

“I haven’t changed an awful lot, just I suppose working more and more on the breakdown and the physicality side of things – that’s what I’ve been trying to do, anyway.”

Ireland secured the 2018 Grand Slam title at Twickenham but were twice thumped by England last year, shipping 89 points in the process.

Toner came on during the 57-15 loss to Eddie Jones’ side in London in August, while his previous Six Nations start came in the 32-20 Dublin defeat to England during the opening round of last year’s tournament.

He admits all away games contain a “fear factor” but believes World Cup finalists England have a point to prove after beginning the competition with defeat to France and a scrappy success against Scotland.

“We’ve obviously had the game here for the Grand Slam, which was huge, but they’ve got on top of us the last few times they’ve played us. It’s a really exciting challenge,” he said.

“There’s always going to be a fear factor when you’re going away from home because everyone loves playing at home and this is obviously their first game back here (since the World Cup) so they’re going to have something to prove.

“They haven’t probably fired a shot yet because of the weather against Scotland, it wasn’t great, and obviously they lost to France.”