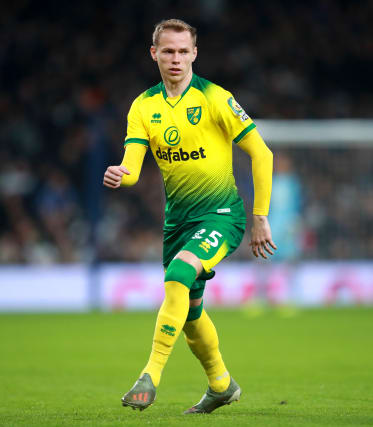 Slovakia winger Ondrej Duda hopes his fast start to life in the Premier League can end with helping Norwich beat the odds to stay up.

Duda swapped the security of the Bundesliga at Hertha Berlin during the January transfer window to join the Canaries’ battle for survival on a loan deal until the end of the season.

It has been an impressive first few outings for the 25-year-old, who felt he was not able to get enough regular club football in Germany.

Norwich head to Wolves on Sunday looking to kickstart an unlikely bid to amass enough points over the final 12 league games to avoid a swift return to the Sky Bet Championship.

Duda, though, feels Daniel Farke’s squad can turn what have largely been encouraging displays into positive results.

“The way we play is nice for people to watch and it is nice football. Maybe we haven’t had so many points, but hopefully we start taking them because we definitely have to start winning games,” Duda said.

“When I go somewhere else, for example Burnley, it is a good club, but they play a different style of football. Maybe if I went there I wouldn’t adapt so fast like I have at Norwich. That is why I fit in here.

“The Bundesliga is more tactical, everybody is close and nobody wants to open games. In the Premier League, everyone attacks and defends from side to side and that is what I like.”

Duda added on the Norwich club website: “Everyone speaks about wanting to stay up and in football everything is possible.

“You never know what will happen – that is why, when we still have a chance and time to change it then we have to try.”

Norwich were beaten 1-0 at home by leaders Liverpool last weekend, conceding a late goal after another promising performance ended empty handed – and left them still adrift at the foot of the table.

Wolves, meanwhile, come into Sunday’s match at Molinuex on the back of thumping Espanyol 4-0 in their Europa League tie.

Canaries head coach Farke is well aware of the challenge ahead, his side having picked up just 18 points from 26 games so far this season.

“Wolves have a really good structure and it is unbelievably difficult to break them down or create chances against them. They have threats in offensive areas with real quality,” the German said.

“It’s a huge task, but I don’t see any easy fixtures for us.

“If we are capable of being good in our topics then we have a chance wherever we go – including at Wolves.”