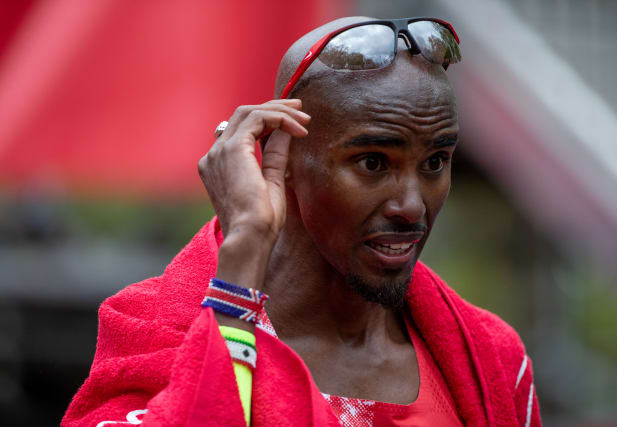 Mo Farah admits he has suffered “financially and emotionally” from his association with former coach Alberto Salazar.

Salazar was banned for four years for doping violations in October, a sanction he is appealing at the Court of Arbitration for Sport.

The American led the Nike Oregon Project, which has been shut down following Salazar’s ban but included Farah among its stable of athletes between 2011 and 2017.

Farah, the 5,000 metres and 10,000m gold medallist at the 2012 and 2016 Olympic Games, said in January he would have ended the relationship with Salazar much sooner had he known the coach was facing a ban.

But, speaking to The Times, Farah has suggested some sponsors have turned their back on him due to headlines highlighting his Salazar links.

He said: “If I wasn’t Mo Farah and I saw Mo Farah and I’m seeing these headlines, I’d question… yeah, I’d ask the same questions.

“I don’t want to go into any more detail but there’s been a lot of stuff, financially and emotionally, where I have suffered a lot.”

Farah added that he was left stunned by Salazar’s ban and that his decision to quit the Nike Oregon Project in 2017 was not sparked by a tip-off.

“I didn’t have a clue,” said Farah. “For me (when news of the ban emerged) it was like, wow, four years. I was thinking, ‘Oh my God’. I know I never did anything. I know he was my coach. But to put up with this year after year, it’s not you, it’s the coach, but it’s you it is aimed at, is quite frustrating.

“If I had realised there was going to be a problem, I would have been out (sooner). But I was faced with someone who had helped me in my career, to get me where I was, and you have the right to talk to him and look him in the eye.”

Prior to the sanction, Farah says the coach did his best to reassure him.

“He said they are just allegations made by people with grudges and ‘I promise you this will be proven’,” Farah said. “At that point you don’t want to think anything else, and you just want to carry on.

“He also hadn’t been found guilty. And it wasn’t just about me. As a single man I could have just said ‘move’. But I had four kids, three at school, my wife’s there, we’d bought a house. I’m not just going to say, ‘There’s been some allegations, we’re going.'”

Farah does regret intimating in October that the media’s continued questioning on the subject may be fuelled by racism.

“That came out wrong,” he said. “I’m not always very good at expressing myself.”

Farah has never tested positive for any banned substance and is not accused of any wrongdoing.