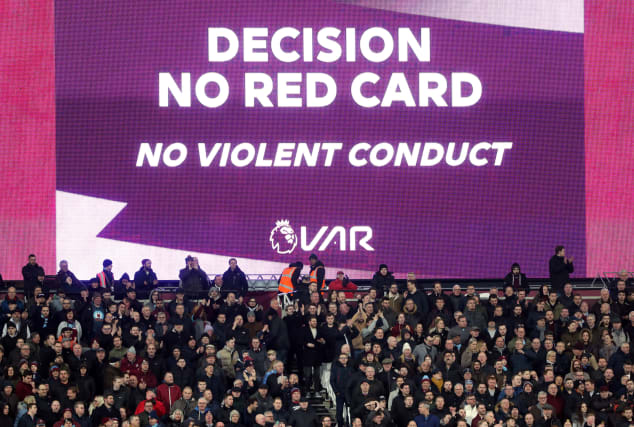 According to BT Sport, Stockley Park later admitted the decision was wrong and Hackett has responded on Twitter by demanding those responsible for VAR decisions “update” themselves on the laws of the game.

“Come on David Coote VAR,” Hackett said. “That is a red card every day. Its not a difficult decision. Lo Celso should have received a red card.

“Now I want to know who is the person at the centre of the PGMOL statement. I suggest that he goes to http://theifab.com and updates himself on LOTG (laws of the game).”

VAR was introduced to the Premier League for the first time this season and fans are growing increasingly frustrated at its impact on the game.

A growing number of controversial VAR offside calls have been questioned in recent weeks, with Olivier Giroud’s header for Chelsea in Monday night’s home defeat to Manchester United ruled out by the slightest of margins.

Fans also complain that VAR takes centre stage far too frequently and have been critical of the delays taken to reach decisions during play.

FIFA’s chief of global football development Arsene Wenger said this week that the offside law could be changed due to the number of goals contentiously ruled out by VAR.

The former Arsenal boss sits on the technical panel of the International Football Association Board (Ifab), which sets football’s laws.

He suggested amending the law so that “you will not be offside if any part of the body that can score a goal is in line with the last defender, even if other parts of the attacker’s body are in front”.