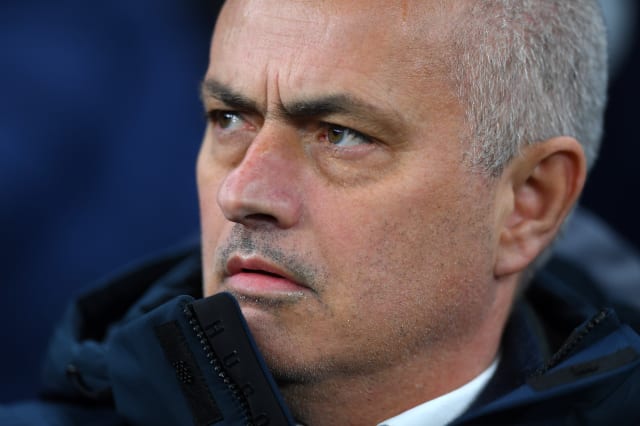 Tottenham head coach Jose Mourinho would not reveal who told him Chelsea's tactics for their Premier League game on Saturday.

Mourinho divulged in his pre-match press conference that he had been informed of Frank Lampard's intention to play with five at the back for the lunchtime clash at Stamford Bridge.

When asked about his informant, he said: "The same way you have a lot of news and you don't tell the sources."

Mourinho could just be taking an educated guess, given Lampard deployed those tactics in December's 2-0 win in the reverse fixture.

"It is a system very adapted to their routine and the qualities of their players, but they have so many options that they can do what the manager decides to do.

"At the moment we don't have many options to think in the game on the tactical approach.

"We have what we have, with the players I have available, we have to try to build a competitive team."

That is proving difficult, especially in attack as Son Heung-min's injury this week has left Mourinho without a recognised striker for the rest of the season.

Mourinho's men could climb above Chelsea and into fourth with a win at Stamford Bridge, where the former Blues boss is returning for the first time as Spurs manager.

Still, he has Chelsea down as favourites to finish in the top four.

"At the moment, Tottenham, Manchester United, Arsenal, Sheffield United, Wolverhampton, Everton – we are the underdogs," he said.

"We have ambitions to go there, but we are one, two, three points behind Chelsea. So Chelsea have an advantage over all of us. That is obvious.

"It is not a big advantage, but it is an advantage. So Chelsea at the moment are favourites for fourth position considering Leicester have nine or 10 points more at this stage of the season.

"But of course Chelsea are favourites for fourth at this moment."

With his six trophies across two spells at the club, Mourinho used to be the king of Stamford Bridge.

His popularity with fans has nosedived since his second exit in 2015, but the Portuguese says he is still made to feel welcome by people within the club.

"I don't go there but I know if I want to go there, I just need to pick up the phone and to call someone in the club and I will be treated the way I deserve and the way that the club respects me and people like me who belong to the past," he said.

"I don't have one single problem with the club, not at all. I know that if I want to go to Chelsea v Bayern Munich next week, they will not give me the seat with the Bayern fans.

Kenny takes over from McCarthy as Republic of Ireland manager