Joelinton is not a natural goalscorer – Newcastle boss Bruce 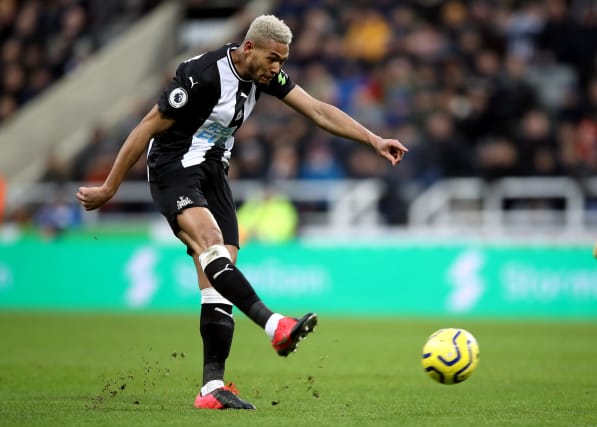 Steve Bruce has admitted £40million Brazilian striker Joelinton is “not a natural goalscorer” – and urged the 23-year-old to adopt a more selfish approach in front of goal.

Provided he shrugs off a slight thigh strain he suffered in training, Joelinton will line up for the Magpies at Crystal Palace on Saturday having scored just one goal in 26 league appearances.

Despite retaining faith in his under-fire front man, Bruce believes expectations in the nature of his performances may have to change if he is to go down as a success on Tyneside.

Bruce said: “He has to be a bit more selfish, a bit like a top goalscorer.

“They are totally selfish and all they are interested in is scoring a goal. Joe is not like that, he’s more of a team player, and all we can do is keep encouraging the lad.

“Unfortunately Joe will just be measured by one thing – goals.  It has been a huge learning curve for him and at times he’s found it difficult but I’m convinced he’ll come good and hopefully it’s tomorrow.”

While Bruce is starting to see the club’s injury problems starting to ease, Andy Carroll remains sidelined after sustaining a hip injury during training last week.

Bruce praised the attitude of the striker whose long-term future at the club has inevitably been brought into question given the nature of his latest injury setback.

“I hope he’s tough mentally because it’s tough for anyone to deal with,” added Bruce.

“He has to stay strong. He has been like that all his career and let’s hope he can pull through in the next couple of weeks and still have some part to play at the back end.”

Dwight Gayle and Yoshinori Muto are both fit to figure against a Palace side who have endured a similarly frustrating season and go into the weekend one place and one point behind the Magpies.

Nevertheless Bruce – who had a short spell in charge of Palace in 2001 – is full of praise for the work being done by his Eagles counterpart Roy Hodgson.

“I find it quite remarkable that at 72 he’s still got that enthusiasm he had when he was probably 43, which is unique in itself” said Bruce.