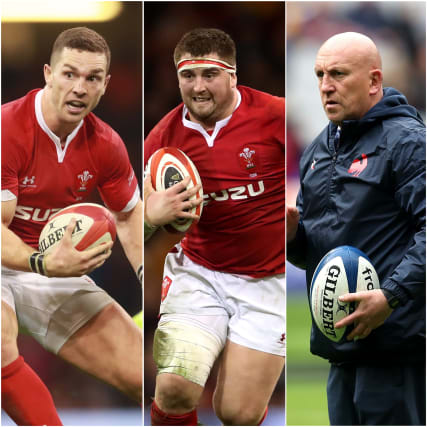 Wales and France meet in a key Guinness Six Nations encounter at the Principality Stadium on Saturday.

Here, the PA news agency assesses some main talking points ahead of the game.

Shaun Edwards coached and organised Wales’ defensive structure for 12 Six Nations campaigns, proving an integral part of the Warren Gatland era that produced Grand Slams and World Cup semi-final appearances. The former rugby league star, though, is now performing the same job with France, and he returns to Cardiff this weekend following an impressive opening that saw Les Bleus see off England and Italy. The Wales players and Edwards know plenty about each other, and the sub-plot is an intriguing one to what is a crucial match in this season’s tournament.

The scrums should be lively

Wales prop Wyn Jones said this week he is prepared for a French scrum that will “hit and chase and cheat.” His comments did not go unnoticed at Les Bleus’ training base, with head coach Fabien Galthie and team manager Raphael Ibanez both returning verbal fire, and English referee Matt Carley could have his hands full early on if ‘pleasantries’ are exchanged. Wales perceived some inconsistencies at the scrum so far during the Six Nations, with Ireland prop Tadhg Furlong being highlighted following his scrummaging against them in Dublin last weekend, and Wales forwards coach Jonathan Humphreys stating: “The laws are clear. They are very clear that you must push straight. That’s what it says.” The scrum will be under an intense spotlight on Saturday.

Will it be more away-day misery for France in Cardiff?

France might be on the trail of a possible first Six Nations title since 2010, but their recent away form against Wales is poor. Les Bleus’ last Cardiff victory came 10 years ago, when the likes of Thierry Dusautoir, Yannick Jauzion and Clement Poitrenaud helped inspire a Grand Slam campaign. Their record in Paris is not much better either, and Wales have won eight of the last nine meetings, which includes a World Cup quarter-final triumph in Japan four months ago. Galthie’s team are off and running following victories over England and Italy at Stade de France, but how they fare on the road is likely to define their campaign.

Wales wing North has enjoyed a stellar international career, scoring 40 tries for his country – only Shane Williams has scored more – in 93 appearances, while also starting all three Tests of the 2013 British and Irish Lions’ Australia tour. At the age of just 27, a caps century is looming large, yet critics were in plentiful supply after he failed to make an impact during a 24-14 loss to Ireland two weeks ago. North, though, was not alone that day in Dublin, and it would be no surprise to see him blast out of the blocks on Saturday, underlining how form is temporary and class is permanent.

Wales’ recent Six Nations home record is something to behold, having gone unbeaten in the tournament at Cardiff’s Principality Stadium since England toppled them in February 2017. England repeated their feat of two years earlier that day, and it is 2013 since any other rival – Ireland – prevailed on Welsh soil in Six Nations action. Victory over France would make it eight successive Six Nations home wins, while also keeping Wales firmly in title contention. It will be a true test for a new-look Les Bleus team that has yet to be examined away from Paris.