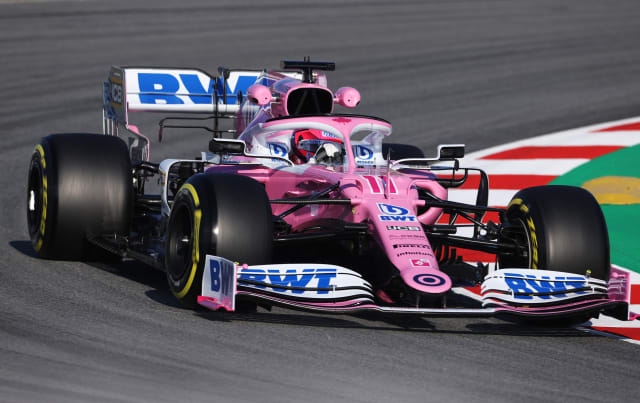 Racing Point continued their strong start to pre-season with Sergio Perez leading the way at lunch in Barcelona.

The Silverstone-based team have modelled their new car on last year’s Mercedes, and after he finished third on the opening day, Mexican Perez ended the second morning four tenths clear at the top of the time charts.

World champion Lewis Hamilton, fastest at the Circuit de Catalunya on Wednesday, finished seventh as his Mercedes team focused on mileage rather than outright speed.

Hamilton, who now hands driving duties over to team-mate Valtteri Bottas, clocked up an impressive 106 laps, more than any other driver, and ended the running one second off Perez’s pace.

Sebastian Vettel, who withdrew on Wednesday through illness, is set to get his first taste of the new Ferrari this afternoon.

The opening test concludes on Friday ahead of three further days of running here next week. The first race of the season takes place in Melbourne on March 15.