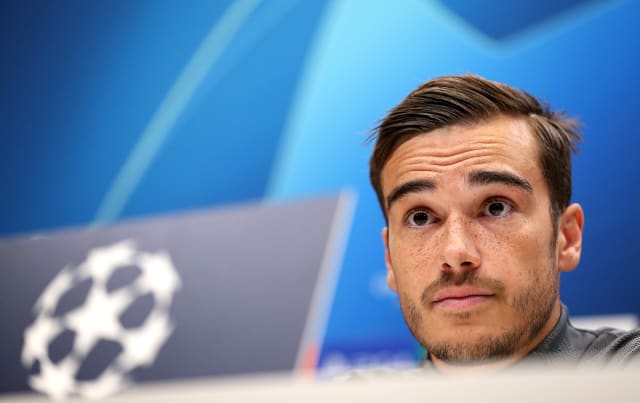 Tottenham midfielder Harry Winks wants his side to channel the spirit of last season’s run to the Champions League final.

It leaves the Premier League club, who are shorn of their best two attacking players in Harry Kane and Son Heung-min, needing to go to Germany next month and pull off a comeback.

That is not an alien situation to them as their run to last year’s final was full of drama and late turnarounds, notably the semi-final where they lost the home leg 1-0 to Ajax before a memorable second leg in Amsterdam sent them to Madrid.

It might take something equally as special in Leipzig in three weeks, but Winks says his side are still believing.

“The last two years we’ve had our adversity in the Champions League and we’ve somehow found ways of proving everybody wrong,” he said.

“It’s going to be a difficult task as they’re a good side and going there is never going to be easy. We strongly believe that we can go there and cause an upset.

“The manager’s come in and told us the game’s not over and we know that as well.

“The last two years in the Champions League has been difficult for us but we’ve found ways of coming out on top and hopefully we can do the same when we go there.”

The loss of Son this week to an arm injury is a devastating blow given the way he has always stepped up in Kane’s absence.

For both of them to occupy the treatment room leaves Spurs without a recognised striker and that showed against Leipzig.

Lucas Moura, Steven Bergwijn and Dele Alli may all be asked to play in a false nine position and defender Toby Alderweireld, who scored his first goal since 2017 at the weekend, says replacing the goals of their two key men will be a team effort.

“People have to take responsibility about that,” he said. “I think we have to solve this as a team.

“We have people with different qualities upfront now. I think we created some chances against a very good team.

“We have to keep the belief that people will step up for making goals.

“I think people have to step up – not one (person).

“I think we created a couple of chances against a very good opponent. I think we have to work hard and solve this as a team.”

Goalkeeper Hugo Lloris was man of the match and the tie would be over had he not made a number of important saves.

He said: “Obviously it is quite clear we are not in the perfect position in this double confrontation, but there is still one leg to play.

“We are still alive. If we had conceded a second goal probably our chance would be over, so I think the message is clear, it is to stay positive.”