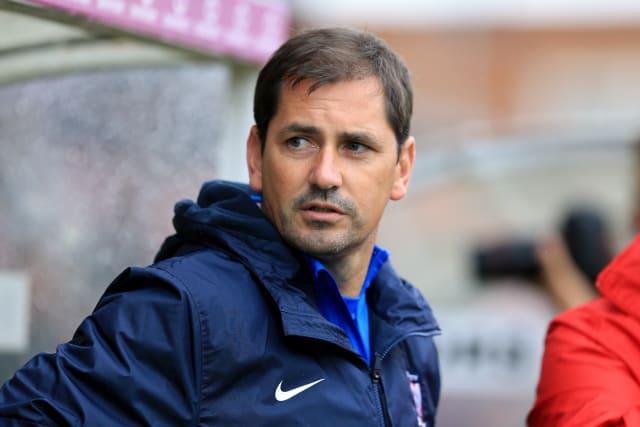 Jackie McNamara is “making progress” but still faces a long road to recovery, the former Celtic and Scotland defender’s daughter Erin has announced.

The 46-year-old was rushed to Hull Royal Infirmary earlier this month after collapsing outside his home in York.

At the time, he was said to be in a “critical but stable condition”, with former Hoops team-mate John Hartson reporting he had suffered a bleed on the brain.

Now McNamara’s family have issued an update on his condition while thanking well-wishers for their support.

Posting on Twitter, Erin said: “Thank you for the continued support for my dad, the past week has been so overwhelming for us as a family.

“He is making progress but still has a long road to recovery. We are so thankful for all the care he’s received and remain positive.”

Celtic boss Neil Lennon admitted he had been left “devastated” by his former colleague’s plight.

Speaking after the news of McNamara’s collapse broke, he said: “Jackie is a strong guy, a great guy and a fit boy for someone of his age.

“He has been fit all his life so I am hoping and praying he comes through OK.”

Hartson also wrote on Twitter at the time: “Worried sick for my former team-mate and great friend Jackie McNamara who collapsed at home Saturday with a bleed on the brain. My thoughts are with his wife Samantha and the children.”

The former Dundee United, Partick Thistle and York manager – who also played for Dunfermline, Wolves, Aberdeen and Falkirk – has been working as a players’ agent as well as advising Dunfermline through his sports management firm.

His father, Jackie McNamara Snr, played for Hibernian and Celtic.