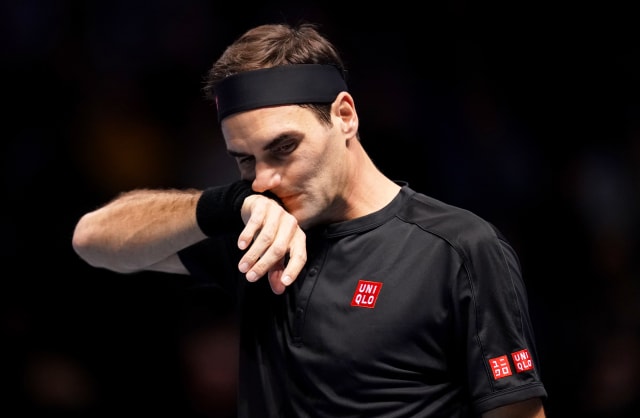 Roger Federer has announced he will miss this year’s French Open after undergoing knee surgery.

The 20-time grand slam champion went under the knife in Switzerland on Tuesday and will not return to action until the grass-court season at the earliest.

Federer, 38, wrote on Twitter: “My right knee has been bothering me for a little while.

“I hoped it would go away, but after an examination, and discussion with my team, I decided to have arthroscopic surgery in Switzerland yesterday.”

Federer, who won his solitary Roland Garros title in 2009, withdrew from the tournament in 2016 through injury and then opted to miss the clay-court season in both 2017 and 2018.

He returned last year, losing to 12-time winner Rafael Nadal in straight-sets in the semi-finals, and intended to compete again this year.

However, the world number three added: “After the procedure, the doctors confirmed that it was the right thing to have done and are very confident of a full recovery.

“As a result, I will unfortunately have to miss Dubai, Indian Wells, Bogota, Miami and the French Open.

“I am grateful for everyone’s support. I can’t wait to be back playing again soon, see you on the grass!”

Federer has been cutting down his tournament appearances in recent years in a bid to prolong his career.

He arrived at last month’s Australian Open having not played a competitive match since the ATP Finals in London in November but still reached the last four, where he was beaten by eventual champion Novak Djokovic.

The Swiss great will hope to have fully recovered in time for Wimbledon in June, where he will bid to add to his record eight titles. He also plans to play at the Olympics in Tokyo a few weeks later.