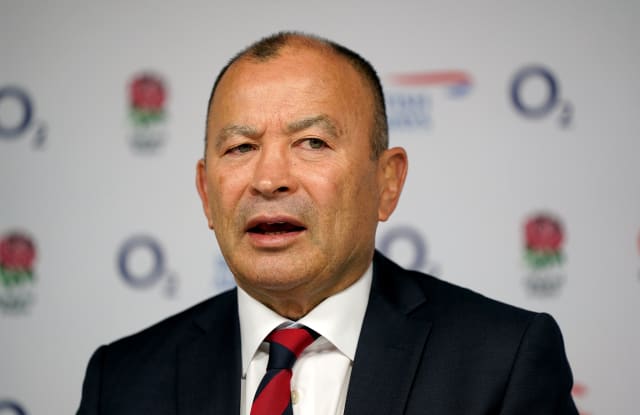 Eddie Jones was forced to apologise after making a bizarre remark about racism that has invited renewed scrutiny of his England regime.

Jones was asked at a press conference on Thursday afternoon about his meditation practice having revealed in June last year that he engages in mindfulness as part of his early-morning routine.

In a clumsy response that was intended as a joke and was delivered with a smile, England head coach Jones said: “I don’t think I’ve ever spoken about meditation.

“You must be thinking about someone else… Maybe another half-Asian person… Maybe we all look the same.”

A private apology was later sought by the reporter who posed the question and Jones duly said sorry, shaking hands.

A Rugby Football Union spokesman said: “Eddie made an off-the-cuff comment during the press conference which was not intended to cause any offence.

“He has subsequently spoken to the journalist privately explaining this and apologised which was accepted.”

Jones made the comment shortly before insisting England thrive under pressure as they approach their pivotal Guinness Six Nations title clash with Ireland at Twickenham on Sunday.

The Australian head coach names his starting XV to take on Andy Farrell’s Grand Slam-chasing team on Friday morning, when he will face the media for an unprecedented fifth-successive day.

Standard protocol is for England’s entire coaching team to be on circulation for interviews throughout a Test week, but since last Thursday, Jones has taken on the role by himself and been in a combative mood throughout.

“We are at our best when we are under pressure. I’m always under pressure, which is a great thing. That’s when you come to the fore,” Jones said.

“I was asked if I enjoy the Six Nations. I said I enjoy being under pressure. So let’s get back to the question. We are at our best when we are under pressure, definitely.”

Jones has struck a bellicose tone throughout the Six Nations, angering France for the use of language they considered too aggressive before branding Scottish tactics against England as “niggly”.

Former Ireland captain Brian O’Driscoll described Jones as a “scaremonger” for his confrontational rhetoric, but others argue that it has helped bring an otherwise dull Six Nations to life.

Against this backdrop, uncertainty over the 60-year-old’s future beyond 2021 – when his contract expires – has created additional strain.

RFU chief executive Bill Sweeney has declined to extend his deal until the next World Cup, while Jones himself is equally non-committal in nailing his colours to the mast for France 2023.

Mike Brown, England full-back for the majority of Jones’ reign, has stated the ambiguity is impacting the squad, but his former head coach said: “Players don’t worry about it.

“They worry about who is in charge for this game and who is going to pick them for the next game.

“Players generally don’t worry about the future that much because they have enough to worry about in this game. And that is how we want our players to be.

“We don’t want players to worry about the future. We want them concentrating on the now and preparing for the Ireland game.”

Jones denies being unsettled by the speculation because “I don’t have to worry about something that may or may not happen”.

Meanwhile, England are facing escalating problems at prop after Beno Obano was called into the training squad preparing for Ireland.

Obano has been summoned to the team’s base in Surrey as cover for either Joe Marler or Ellis Genge with Jones refusing to specify which loosehead has become a doubt for the Twickenham showdown.

The news comes two days after Mako Vunipola was ruled out of the round three fixture for family reasons that have forced his return home to Tonga.